In the mid-1990s filmmaker Akira Kurosawa was commissioned to produce seven designs for Japan Air System's new Mcdonnell Douglas MD-90 aircraft.  The common design element was the colors, suggesting a rainbow and applied in various distinctive flowing patterns  After JAS was merged into Japan Airlines in the early 2000s, the Kurosawa designs were painted over with JAL’s livery.  Here are those seven aircraft: 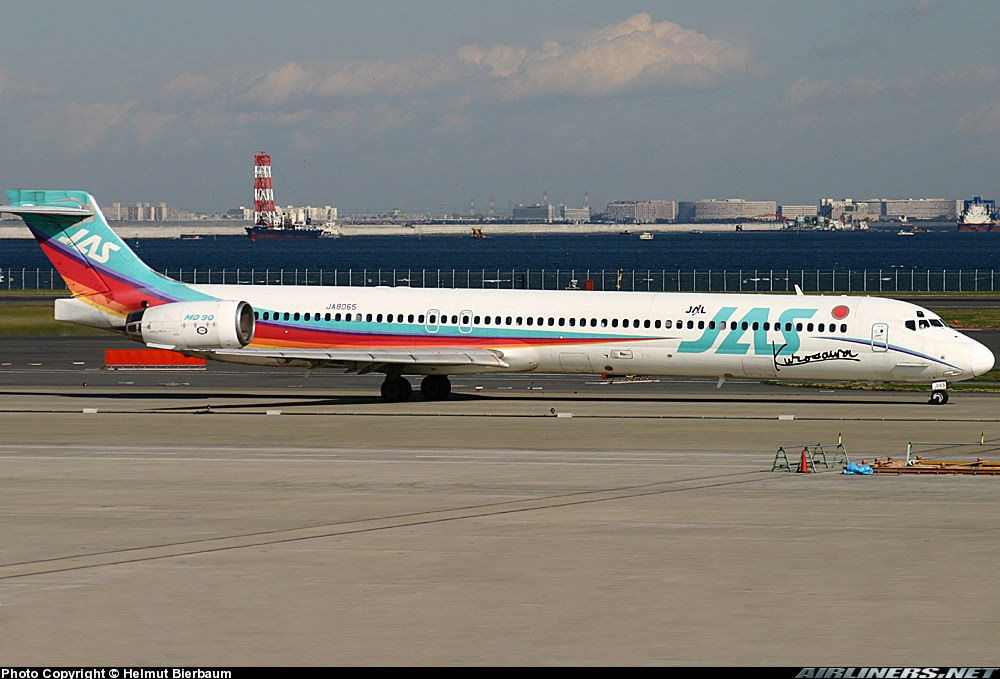 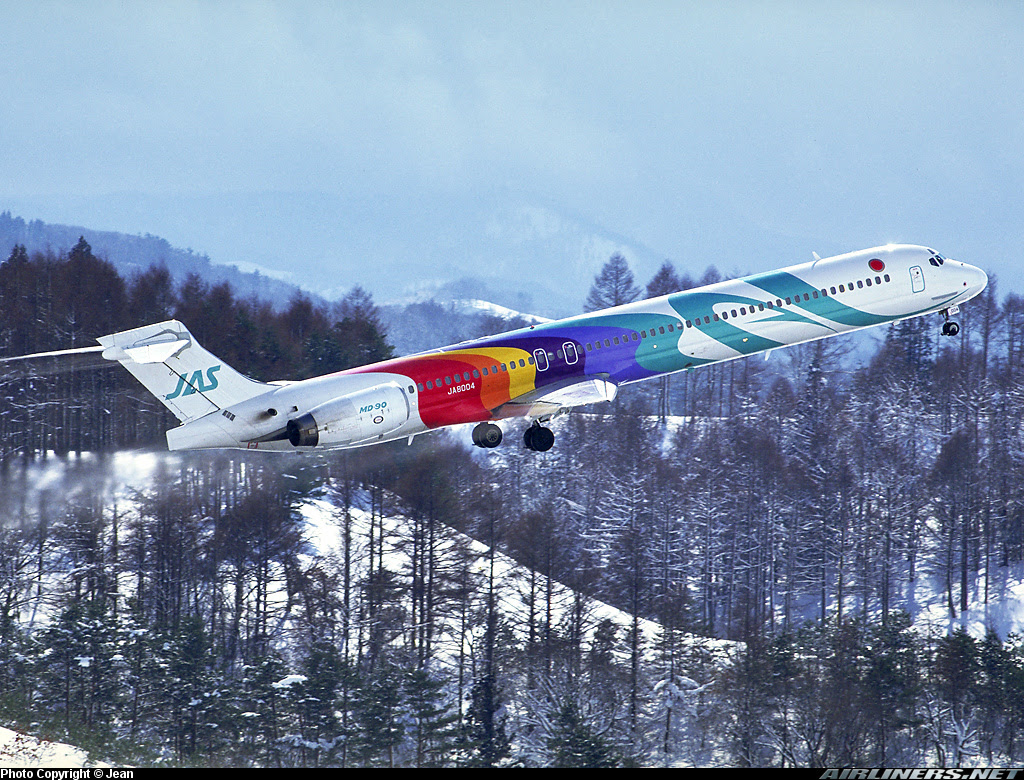 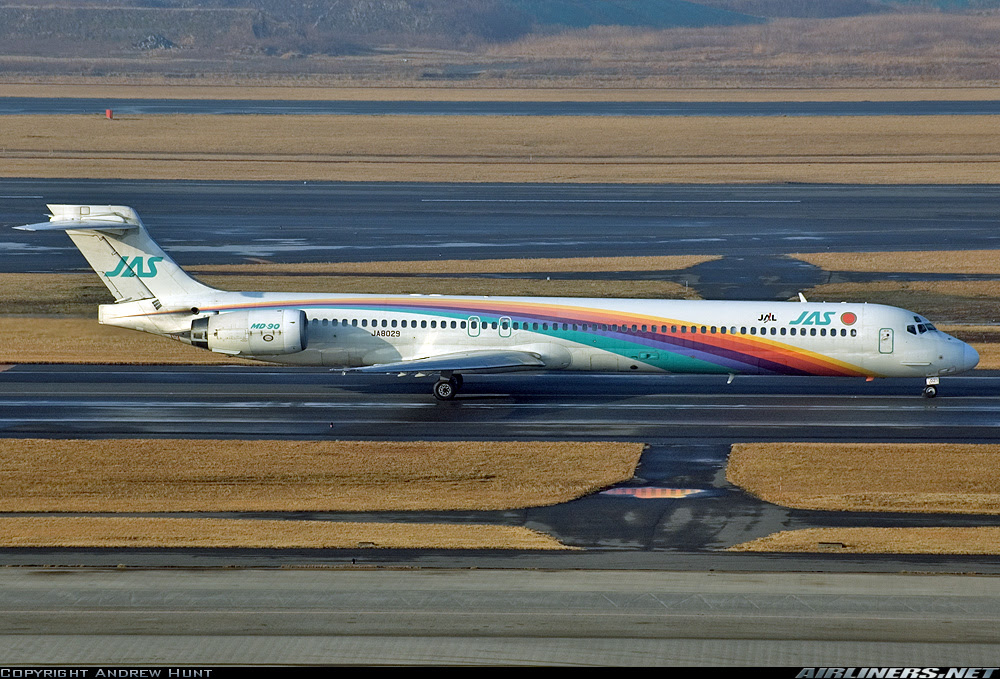 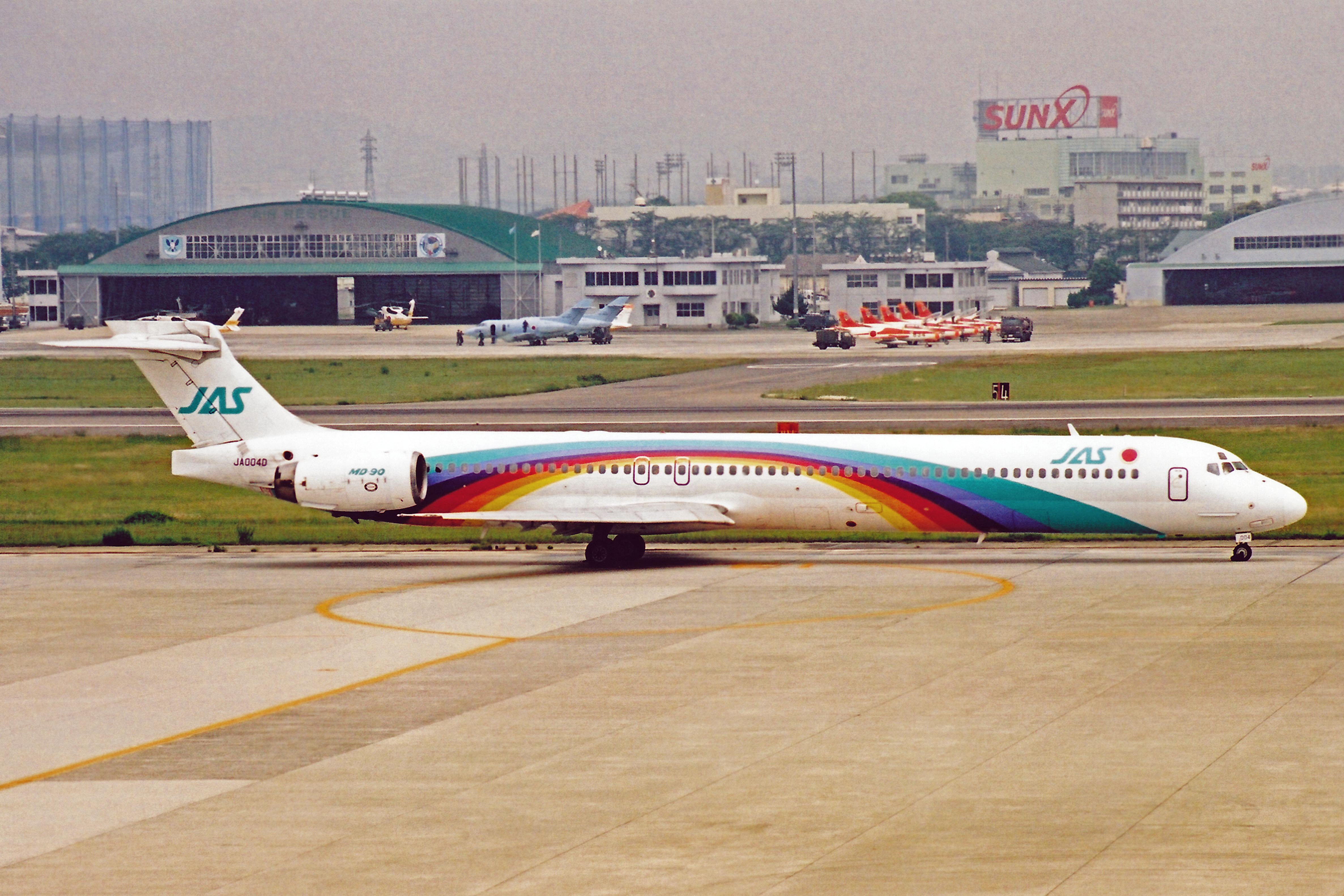 Posted by Carter Kaplan at 1:53 PM