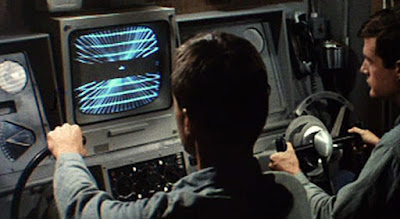 Posted by Carter Kaplan at 5:55 PM No comments:

at the edge of intelligibility; or, both reasonable and not reasonable 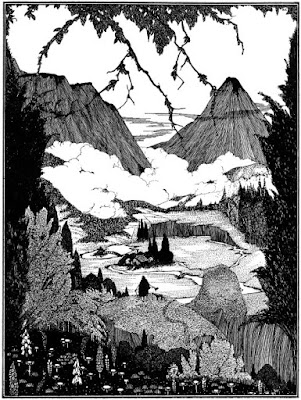 Posted by Carter Kaplan at 8:52 PM No comments: 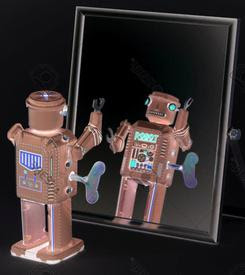 in a glass darkly
our circumspections return
shifting images

naming perceptions
cast in a hall of mirrors
mixing messages

For a dilation upon these reflexive themes, please click HERE.
Posted by Carter Kaplan at 7:29 PM No comments: 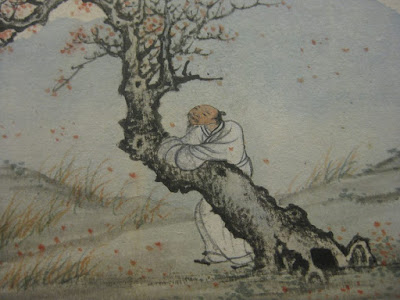 Posted by Carter Kaplan at 1:44 PM No comments:

With the mighty Myrmidons arrayed before him, Achilles mounts the ridge to utter his renowned cry of war, so honoring grey-eyed Athena, and reflecting the glory of flying Apollo, whose golden lamp out-shines the stars and ignites the azure sky 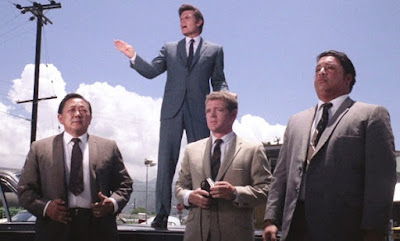 Posted by Carter Kaplan at 4:04 PM No comments:

An article from the Hoaxes-dot-com website lists six of Edgar Allan Poe's works as being haoxes.  The list is as follows:


1 “Unparalled Adventures of Hans Pfall”
2 The Narrative of Arthur Gordon Pym of Nantucket
3 “The Journal of Julius Rodman”
4 “The Great Balloon Hoax”
5 “Facts in the Case of M. Valdemar”
6 “Von Kempelen’s Discovery”

Number 5,  “Facts in the Case of M. Valdemar,” was published in Britain under the title Mesmerism in Articulo Mortis. A description of the British version appears at the Poe Museum website. 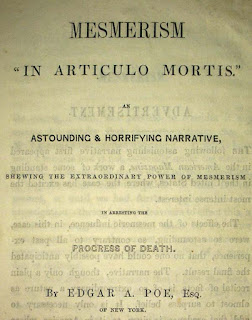 While not a hoax (as far as I know), Poe claims that his story "Mesmeric Revelation" was thought to be factual.


Here is a paragraph from a review--appearing in the October 1945 Aristidean--of Edgar Allan Poe’s Tales. Poe himself wrote the review:

“Mesmeric Revelations,” which comes next, has excited much discussion. A large number of the mesmerists, queerly enough, take it all for gospel. Some of the Swedenborgians, at Philadelphia, wrote word to Poe, that at first they doubted, but in the end became convinced, of its truth. This was excruciatingly and unsurpassably funny—in spite of the air of vraisemblance that pervades the article itself. It is evidently meant to be nothing more than the vehicle of the author’s views concerning the Deity, immateriality, spirit, &c., which he apparently believes to be true, in which belief he is joined by Professor Bush. The matter is most rigorously condensed and simplified. It might easily have been spread over the pages of a large octavo.

The tone is obviously droll. Now, was Poe being honest when he said that contemporary mesmerists found the account convincing, or that he had received letters from the Swedenborgians of Philadelphia? It looks like a hoax to me.

Along these lines, did Poe put his name on the review he wrote of his own book?
Posted by Carter Kaplan at 1:54 PM No comments:

Highbrow readers in and visiting New York will want to visit the exhibit of new drawings by Chris Arabadjis at the Nancy Ross Project Space of the Pratt Institute.

Chris's work has appeared in the past three volumes of Emanations, and his piece entitled "Chorus Pleiades" appears on the front cover of our seventh volume.

Here are some pictures of the show.  There is much to remark upon on here, but I will limit myself to pointing out the striking harmony of the exhibition space and Chris' images. The show runs through March. 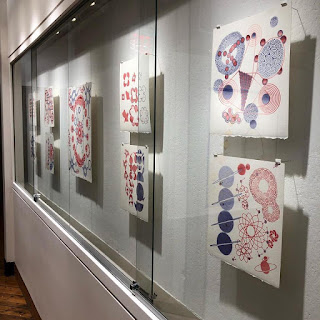 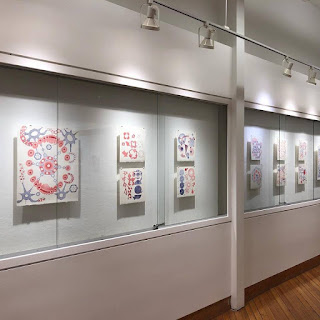 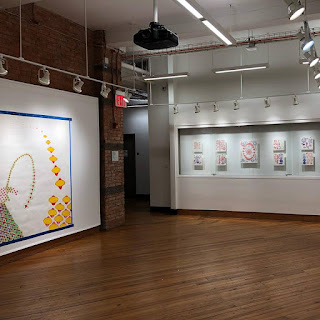 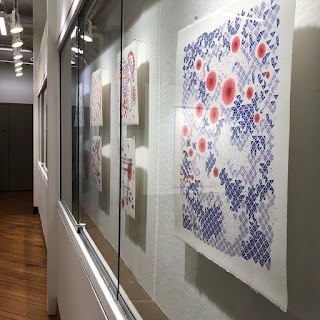 Please click the following image to view a description of Emanations: Chorus Pleiades.

Posted by Carter Kaplan at 1:56 PM No comments:

A series of civics books for young poeple, coming soon from International Authors... 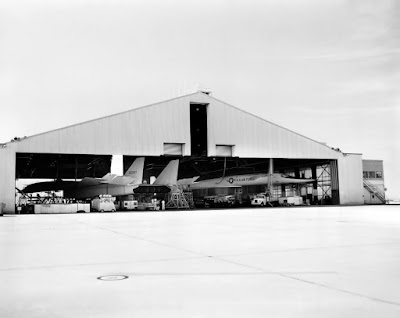 It was one of Wittgenstein's aims to make philosophical inquiry into a therapy and, through an examination of language, purge philosophy of those questions which were based upon illusory concepts, i.e. concepts which were parented by a misapprehension of grammar rather than the facts of nature.

Wittgenstein's technique of philosophical clarification is therapeutic in that it involves a rearrangement of familiar and unfamiliar contexts for the use of expressions that will make the grammar of the relevant expressions surveyable (PI §92, §225). Let's  begin.

The correct answer is d. The other statements are nonsense. Minds do not exist; brains are only to be found in medical textbooks, or on the tables of surgeons and gourmands; and bodies are only to be found at the morgue, at the beach, in the pages of muscle magazines, or in Newton's descriptions of objects possessing mass.

It is not an easy thing to give up one's mind. If this concept is still difficult, you need more therapy. Consider the following propositions:

Propositions c, d, e, g and i are valid. The rest are nonsense. They exhibit conceptual confusion rooted in the misapprehension of language.


Posted by Carter Kaplan at 1:15 PM No comments:

My experience reading Greenblatt's book was similar to the Bishop's.

Jefferson was more Thomist than he was Epicurean.  Natural theology is Jefferson's concern, and the place of Lucretius's (nascent and undeveloped) theory in his thinking is minor. Atomism is  subsumed in Jefferson's larger interest in studying nature comprehensively, and--more to the point--Jefferson's goal is Aristotelian:  a quest for Happiness, the pursuit of Eudemonia.
Posted by Carter Kaplan at 6:26 PM No comments: 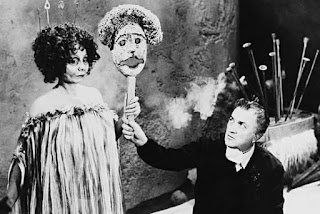 Highbrow readers are familiar with Michael Butterworth, who is a member of the International Authors Board of Editorial Advisors, as well as a regular contributor to Emanations. His novel My Servant the Wind is soon to be be published by Null23 in association with International Authors. 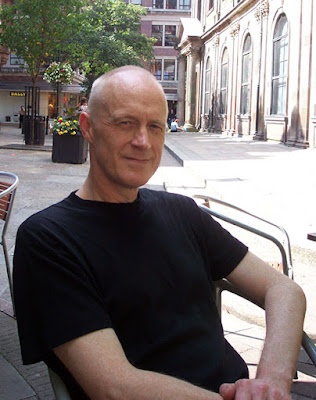 Fantastic Transposition, or the Genius of Motion 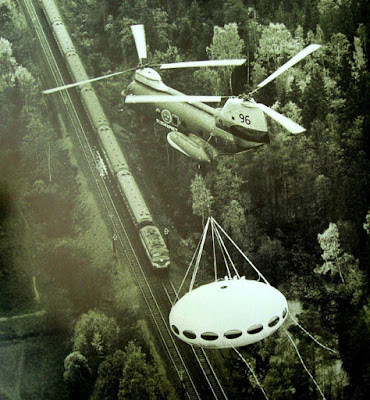 Posted by Carter Kaplan at 4:57 PM No comments:

Assessment Measures, or the Genealogy of Disbelief 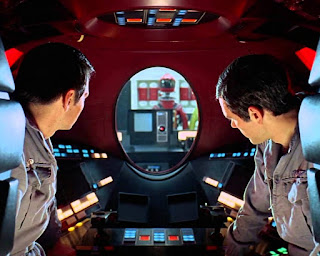 Posted by Carter Kaplan at 6:59 PM No comments: 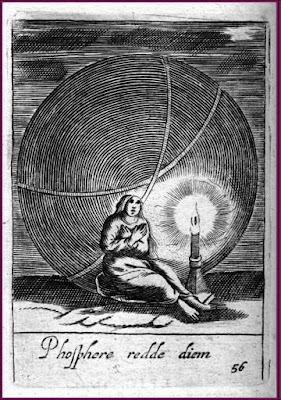 Posted by Carter Kaplan at 1:30 PM No comments:


“It is the mark of an educated mind to be able to entertain a thought without accepting it.”

Thus it is manifest that the best political community is formed by citizens of the middle class, and that those states are likely to be well-administered in which the middle class is large, and stronger if possible than both the other classes, or at any rate than either singly. 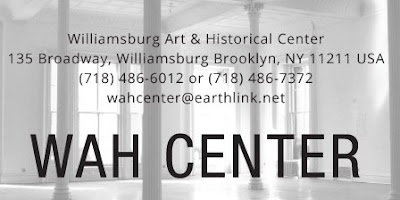 Posted by Carter Kaplan at 2:36 PM No comments:

Modernism--early-to-mid 20th century modernism--seems to want to place poems (or any variety of creative articles) in the position of some kind of sacred object that we should "mindlessly venerate" in the same way that St. Augustine would have us privilege faith over reason. In the case of Augustine, however, he has pretty good reasons for having us do so. In Modernism, the privileged article of veneration is rather something that occupies a place in our psychologies, a sort of daemonic "fixation" that compares to consumer products, screeching rock musicians, waving flags, dubious political shibboleths, and the opinions of "authoritative" critics and scholars.

I remember discussing such ideas with my father as we strolled together through the Toledo Museum of Art, when who should we run into but Cleanth Brooks, who was walking with one of my professors, Wallace Martin. In later years, Prof. Martin was to become my mentor and one of my closest friends.

As we approached Wally and Prof. Brooks, my father encouraged me to share my concerns. I told Prof. Brooks that I sometimes felt that "great critics" were a validation for obscure professors to share in some of that "greatness" as they repeated "great" things in the classrooms of provincial universities. Prof. Brooks agreed to my point. The brief conversation that ensued was marked by a "matter of course affect" that normalized my observation, and we turned to the more appropriate subject of the museum, which is a remarkably good one for so small a city.

Though not being rude, I was of course being awkward--and moreover encouraged by my father, who was an ambivalence artist, of sorts. These days, I should have a better question for Prof. Brooks, or maybe a follow up... If my father could be there, too, and standing in the aura of his mystique, I might follow my point, suggesting that, "But after all, critics, particularly in the field of critical theory, often have interesting things to say.  What is the most interesting thing you've had to say, Professor Brooks?"

And if he went for that, another question I might ask is, "What do you think of Nabakov characterizing Faulkner as "corn-cobby?"

And I'll leave it at that.
Posted by Carter Kaplan at 8:10 PM No comments: