Posted by Carter Kaplan at 10:48 AM No comments:

Next month, I will give a talk on Emantions: Third Eye at the WAH Center:

Lectures and a Display of Terrance Lindall's 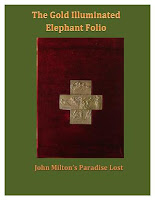 A Bookend Event of the Brooklyn Book Festival

4 PM Terrance Lindall will sign his limited edition book about the Gold Folio and talk about the Paradise Lost Contemporary Art Collection that is being developed by the Yuko Nii Foundation, and the complimentary collection being developed by Dr. Robert J. Wickenheiser for the University of South Carolina, which will be on display at a grand conclave of artists, collectors and scholars at the U of SC in 2015 (info: milton@wahcenter.net).

...plus Special Antiquarian Book Exhibits including  Reynard the Fox, Boccaccio's Decameron, The second folio of Shakespeare's Macbeth and Hamlet (1632). etc.

Steve Aylett on the Quest for Originality

In a new interview (click here), British author Steve Aylett discusses his current project The Heart of the Original.

Here are a few lines from the interview that I found particularly interesting:


What do you perceive to be the main obstacles to originality?

There’s a strange discomfort that people feel when confronted with an original idea, which is to do with the very fact that it didn’t exist before and so there’s no ‘place’ for it yet. It can be accommodated but many people aren’t willing to do that. There’s also some laziness involved and a need to stay with the familiar. That’s just in regard to original ideas coming from outside, so you can imagine how most people are in regard to coming up with original ideas themselves.

Do you believe people are becoming more, or less original in their ideas?

Less. The world is getting more conservative and fearful every day. People are willing to ‘buy’ one or other badge of individuality but the real thing is being starved out at a younger and younger age.

These observations serve as interesting points of departure for considering contemporary culture, education, and perhaps politics. What registers most strongly with me is the sense that culture is in transition, shifting into a mode where there is less originality and more conformity: in thought and institution (that is, in terms of the culture of social organization, and in terms of our cultural institutions--eg. entertainment, religion, marriage, what it means to be an adult or child).  Arguably, the internet is a source for greater diversity of thought and opinion, an open forum for the cosmopolitan exchange of ideas; however, in actual practice... I wonder. Do people use the internet to seek challenging new ideas, or rather use it as a place where they seek confirmation of their already established ideas, beliefs and prejudices?

Aylett's second point is somewhat chilling.  Coupled to the mitigation of behavior and thinking that is original early in life--"being starved out at a younger and younger age," to quote Aylett--I wonder if there is a tendency to cling to the more mundane and undesired "overt" behaviors and thinking patterns of childhood? On one hand people are at a younger age abandoning their rebelliousness, their desire to experiment with life and experience, while on the other hand people, to make up for this perhaps, are clinging to more archetypical core behaviors and attitudes that are simply immature. Are we exchanging risky patterns that are necessary for growth and learning in return for safe patterns of mock rebelliousness, i.e. childishness, and in so doing are we remaining children for longer periods, into our 20s, 30s, and beyond?
Posted by Carter Kaplan at 9:54 AM No comments: 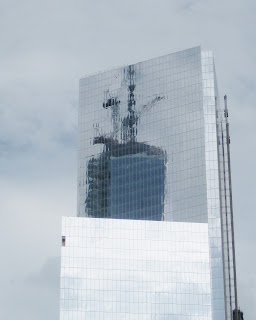 Construction atop the "Freedom Tower" (One World Trade Center)
reflected in the face of Tower Four, with clouds from three angles in multiple panels and in open sky.
Posted by Carter Kaplan at 2:05 PM No comments:

Ritual Purification of the Temple 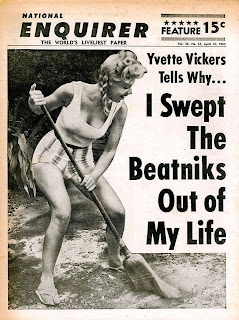 "Or what harmony has Christ with Belial, or what has a believer in common with an unbeliever? Or what agreement has the temple of God with idols? For we are the temple of the living God..."
(2 Corinthians 6:16)
Posted by Carter Kaplan at 11:17 AM No comments: 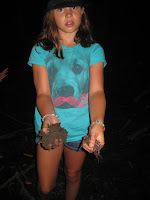 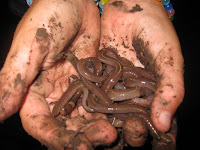 Posted by Carter Kaplan at 4:00 PM No comments:

Advanced IQ Test: Are you a Highbrow?

What should be the final shape in the sequence?

If you know, you know.   And if you know--you're a highbrow!

Posted by Carter Kaplan at 11:05 PM No comments: 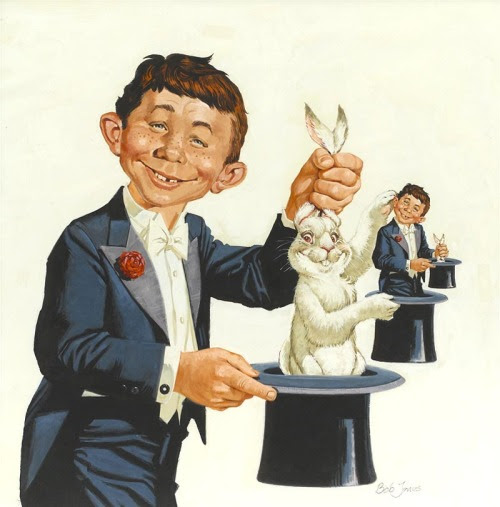 Posted by Carter Kaplan at 10:03 PM No comments: 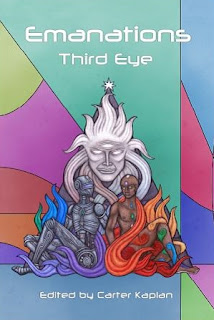 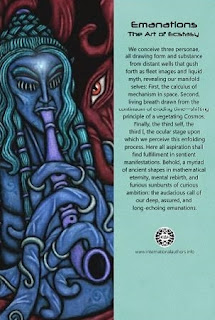 An anthology of fiction, poetry, and essays from around the world,  Emanations: Third Eye will be available soon. Watch this space.

Posted by Carter Kaplan at 2:01 PM No comments:

Highbrow Discussion on Ancient of Days

Tessa Dick has invited me to be her guest on her talk show Ancient of Days Monday, August 5 (that's the day after tomorrow). We will discuss mythology, history, literature, International Authors, and Emanations: Third Eye. The show airs Monday at 3:00 p.m. Pacific; 6:00 p.m. Eastern; and 11:00 p.m. Greenwich.

Listen to the show HERE.  Click on the show by name.

Heart of the Original by Steve Aylett

Attentive Highbrow readers will recall my review of Steve Aylett's excellent novel Novahead.  Here is a new book project from Aylett, which he calls Heart of the Original:

Fine distinctions between "originality" and "novelty" are made by Edgar Allan Poe in his reviews of Nathanael Hawthorn's Twice Told Tales and Mosses from an Old Manse. In the latter review, Poe distinguishes himself in the final sentence by asserting that Ralph Waldo Emerson should be hung.  To Poe, the notion of originality is a con.  Herman Melville comes to a similar conclusion in his "discursive" treatment of the concept of originality in chapter 44 of his novel The Confidence-Man, which can be viewed by clicking HERE.  As for originality in works of art, Poe and Melville conclude that there are rather original people; that is, there are artists and writers who make us believe we are seeing something new.  A treatment of the subject of originality, including a detailed examination of the analyses offered by Poe and Melville, can be found  in my book Critical Synoptics: Menippean Satire and the Analysis of Intellectual Mythology. See the chapter entitled "Originals and their Antecedents."
Posted by Carter Kaplan at 3:55 PM No comments: