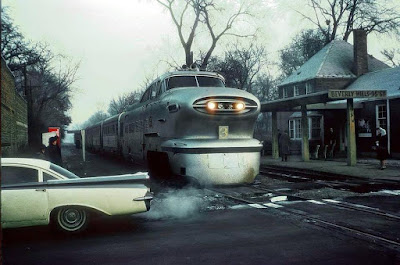 Posted by Carter Kaplan at 4:55 PM No comments: 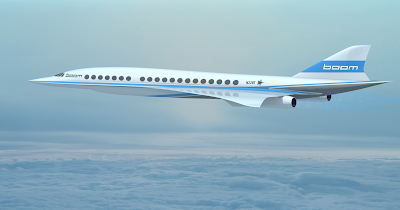 A simple yet pleasing enough image. Please click HERE if you feel so disposed.
Posted by Carter Kaplan at 3:57 PM No comments:


Dr. Asseem Malhotra is known as one of the most influential cardiologists in Britain and a world-leading expert in the prevention, diagnosis and treatment of heart disease. Currently, he is leading a huge campaign against excess sugar consumption. What also makes him unique is something he recently admitted took him decades to figure out: that our entire medical system, one of the main ‘protectors’ of the human race, is completely corrupt. He now believes that medical education is a state of “complete system failure,” causing “an epidemic of misinformed doctors.”  He also stated that honest doctors can no longer practice honest medicine, and that there is also a growing epidemic of patients who are being harmed.

This calls to mind a note from a friend (whom I originally met in a 17th century literature class) after his first semester in medical school: "We really know very little about medicine, disease, the human body. Burton was right!" He was referring to Robert Burton's Anatomy of Melancholy. Most of what for-profit science (i.e. bad science) is treating physically is rather rooted in our emotions, how we live... John Locke, who was first of all a physician, and who "wrote the book" on real modern science, basically says the same thing. And Rabelais, too, says the same thing, and so on.


Melancholy, the subject of our present discourse, is either in disposition or in habit. In disposition, is that transitory Melancholy which goes and comes upon every small occasion of sorrow, need, sickness, trouble, fear, grief, passion, or perturbation of the mind, any manner of care, discontent, or thought, which causes anguish, dulness, heaviness and vexation of spirit, any ways opposite to pleasure, mirth, joy, delight, causing forwardness in us, or a dislike. In which equivocal and improper sense, we call him melancholy, that is dull, sad, sour, lumpish, ill-disposed, solitary, any way moved, or displeased. And from these melancholy dispositions no man living is free, no Stoic, none so wise, none so happy, none so patient, so generous, so godly, so divine, that can vindicate himself; so well-composed, but more or less, some time or other, he feels the smart of it. Melancholy in this sense is the character of Mortality... This Melancholy of which we are to treat, is a habit, a serious ailment, a settled humour, as Aurelianus and others call it, not errant, but fixed: and as it was long increasing, so, now being (pleasant or painful) grown to a habit, it will hardly be removed.

Have a look at the book, HERE. 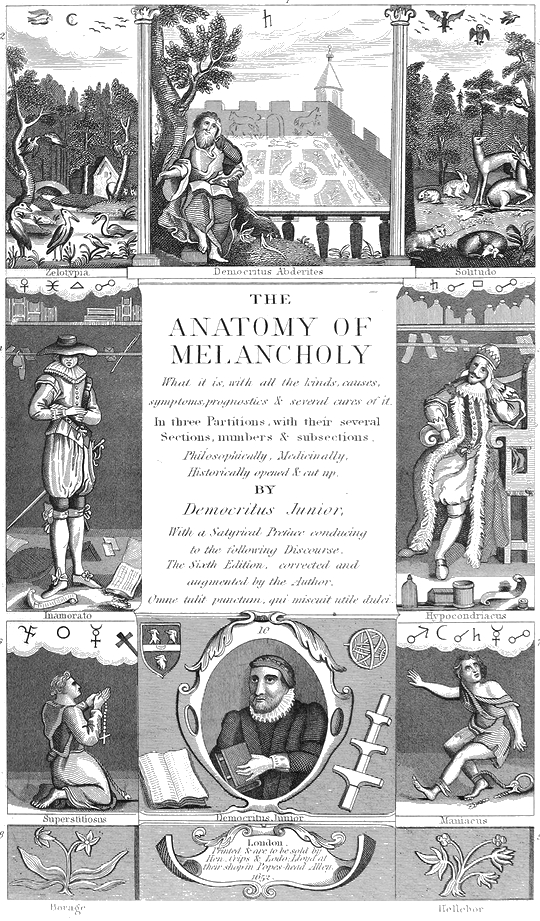 Posted by Carter Kaplan at 4:15 PM No comments:

Posted by Carter Kaplan at 9:07 PM No comments: 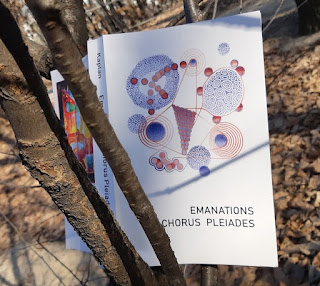 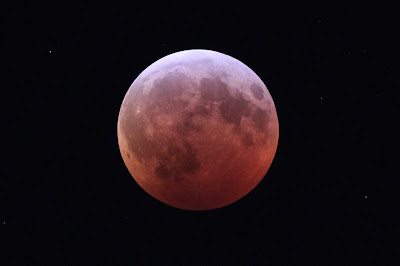 It was very clear last night, and I observed with binoculars. The shadow made the craters stand out in sharp relief...

The shadow also enhanced the spherical 3-D appearance of our orbicular neighbor...

The orange-red color made me wonder how the Moon might have appeared long ago when the surface was largely molten... 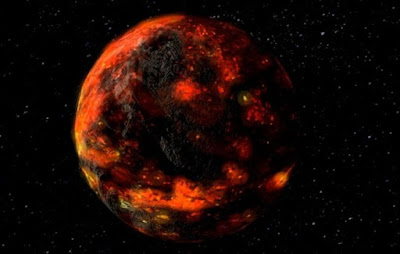 Posted by Carter Kaplan at 6:27 PM No comments:

Very fey... But is it highbrow?

If the wind should moan and crave
Merry I go to the churchyard grave
But if one kite should cry
I'll light a candle and close my eyes
If two doves should call
Peace will swell and burst withal
If three ships at sea should sink
All ships' hands the sea shall drink
If four stars fall from the sky
Heaven's watchers wonder why
If five rings on one hand gleam
The other jealous will poorer seem
If six days are passed in rain
The seventh sees the sun again
If seven days touch the sun
Another week will have begun
If eight priests bless the way
In hallow joy we'll sing a lay
If nine swords are raised on high
'Tis a sign for you and I
If ten bells should ring
The lizard's dead, long live the King
If eleven harps by air are brushed
Then in the wind our fears shall crush
For in those airs of circles spoken
We touch life's dreams in passing token

Posted by Carter Kaplan at 6:17 PM No comments:

A Poem in "Second Sight"


Upon the ruin of that broken cone
Where an elide notion may pause and linger
And float a riddle there, sidelong
That broad ocean plain of running colors
Channeled in rivulets of wavering form
As cool and flowing as the inconstant sky
Ah, some trick of time, that three-side darkness
A form too geometric, could this be
The repercussion of mere erosion,
Broken stone condensed from sacristan fumes?
But there it stands, a portal nonetheless:
A scree triangle breaks wide to worlds ulterior,
A diadem glimmer of crag-hung moods
Drawn in the wake of swift sensation.
In that triangle gapes a deep
Knotted passage that sounds low
In tones unheard but full as chorus
Memory down through darkness plunging
To sway periodic, to swing and sweep,
Now decrescendo, now diminuendo
A pendulum moved by odd alignments,
Insight again, and sacred laugh,
The vision lights, the astral flights
That pleat against the spheres, then see
Susceptible henchmen run forth
To seize the heavens as they fall
Thus though dead as ordained life,
All that’s born wakes to crawl
Pushed between thighs of sleep
In visions bred or borrowed
Or fed upon Promethean liver, we
Grow as maps of blood vessels, webs
Of radiance condensed upon calcified bands
And on the opposite coast at the foot
Of St Rule’s Ruins, high church canticles
Casting tentacles like shore lights and sea glare
Beneath partial clouds and shrieking gulls—
Fagin rooks castle on crow’s step gables.
While alone the tale of empty cliffs
Where the martyrs’ marks in brick are set
Here on this spot the pole-stake was driven
The mad fire raised high, pacing smoke
Carried away the prayers and the cries
And what else but now only
Silent sorrow condescends a clue,
And reason with a furrowed brow
Takes a seat and repeats oblique
Syllogisms that speak of
Rebirth—the rune that spells
Return to the tale’s essentials….
Yet curtains will fall on this scene of passage
And bursting with dull elementals
Who turn out again and again, and reiterate
The cast of heaven eternal,
A troop beyond the millions
Like flint points condensed through thunder
From vapors that scud through a vision,
A horde of thoughts, a host of glimmers
To pinion the clouds that opinion round
A scree triangle against the azure.

"A Vision of the Peak of Ben More" is among my poems appearing in the first volume of Emanations.

Posted by Carter Kaplan at 7:44 PM No comments:

View of Midtown from the Williamsburg Bridge 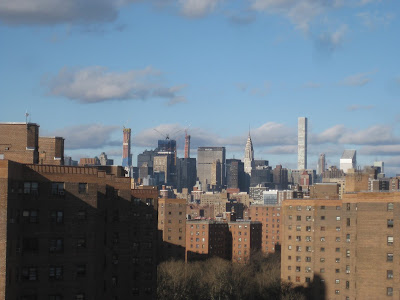 Posted by Carter Kaplan at 6:49 PM No comments:

Planning the next project... 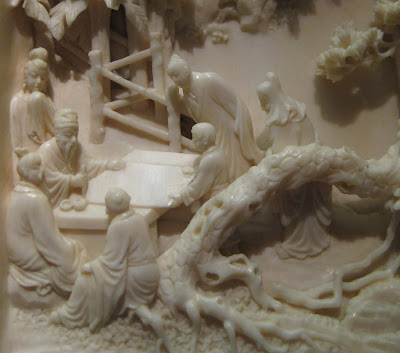 Posted by Carter Kaplan at 2:36 PM No comments:

Posted by Carter Kaplan at 1:50 PM No comments: 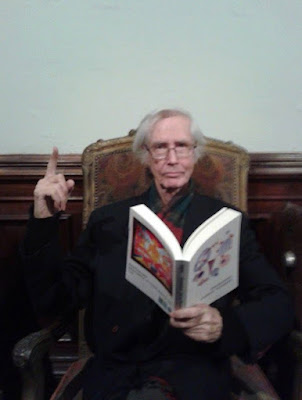 Posted by Carter Kaplan at 10:45 PM No comments:

I agree with most of what Professor Hacker says, except his assertion that animals do not have souls.  Considering his own criteria, I should point out that while they do not possess "human language" many animals do communicate, and this communication is of a character that is both emotional and reflective of a consciousness of environment, including comprehending in various ways--predation, location, coordination of activity, establishing territories, mating--other animals in that environment. Also, animals, are capable of registering some rightness and wrongness of their actions--at least they respond to scolding and, as I have observed, do seem to have a sense of guilt that is more than mere shame (i.e registering disapproval expressed by their master).* His point drawing together having a soul with the capacity for moral choice (or moral understanding?) is interesting.  One final point on animals and souls: I would like to see Professor Hacker address the phenomenon of animals (cats and dogs) dreaming. Is the capacity to have an "out-of-body" (dreaming) experience an indicator of the presence of a soul? I wonder, if Professor Hacker had a big affectionate Tomcat, or a clever and verbal Cocker Spaniel, and associated with either regularly, if he might revise his views?  Watching--or rather listening to--a pair of loving crows expressing affection for each other is also illuminating; indeed, to the point of astonishment.


* I want to ask, too, whether many human beings have a sense of shame but lack a sense of guilt? And how might this affect the character of their souls?
Posted by Carter Kaplan at 12:10 PM No comments: