A Heroine for Our Times 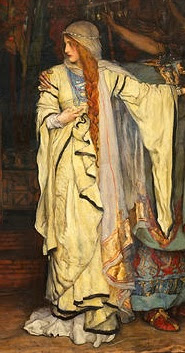 Posted by Carter Kaplan at 1:13 PM No comments:

Highbrow readers might recall Philippine writer Phillip Somozo's review of Emanations: Third Eye, which I posted HERE in April, 2014.  I have now received another review by Mr. Somozo, this one treating Emanations: Chorus Pleiades (click the cover image at the end of this post to view additional descriptions). I think readers will be impressed by the review, which is both a representation of and a tour through the book:

The cosmic soulmill had presently discharged into the solar system seven-billion degenerative organisms that suffer from feeble self-will. It is unfortunate they settled on and populated the beautiful blue planet, destroying natural habitats, and consuming other lifeforms.

They will soon literally eat up each other. It is already happening in cosmetic metaphors. Vegan human ham would be the prime cut on select grocery shelves of the future. This is where the conventional literary tongue is leading humankind to.

Guided by the tastebuds as compass, the literati subliminally affirm Eve’s reckless propensity so that the Fall continues, the abyss deep. Avarice and lust ramified the fruits of the Forbidden Tree with gorgeous dresses, precious jewelries, luxury cars, fashionable houses... human artefacts all that took toll on the natural environment. The tongue, instead of getting educated by transcending taste gratification, spread the Fall’s effects pervasively through all the sensory and motor organs.

Before the word was spoken (and later written) it was formed by the tongue. The tongue, the tastebuds (literally and metaphorically), and the spoken and written words are one in hardwiring today’s human brain.  The senses besiege the brain while the latter mobilized the motor organs for interaction with and alteration of the objective world—Nature. The brain asked questions and came up with answers that made life more comfortable.

Through time the questions raised as well as the answers became less sensible, degenerative. It became apparent the planet’s apex predator is, in fact, a smiling moron mindlessly cutting off his very own lifeline. All the narratives generated by the tongue are revealed by Shakespeare as “...tedious as a twice-told tale...”

There is a nexus between the mortal sin committed in the Garden of Eden and the Anthropocene’s advent. By the way the Holocene extinction is blasting off, the establishment is bound to be subverted when grocery shelves run out of eatable goods. The Anthropocene milestone would be broken as it was with the Moses tablets. The vandal on the wall will say “Welcome to  Zombiedom!”

The Amazon is now less known as the planet’s most diverse bioregion, but as electronic ecosystem of books written by the dictates of the tastebuds. The virtual world either diminishes or retains the population of serious intelligent readers. With the Holocene extinction already set into unprecedented motion, the noun Idiot should have been redefined under its context. If and when it is accomplished, Bingo! The road to God’s kingdom come on Earth shall be cleared of major obstacle.

Meantime, the only way to circumvent Zombiedom is by jumping off the conventional titanic ship of conformist society. The doomed liner will collide with the immensity of its illusion and sink down the ocean of oblivion, like Atlantis of old. By jumping off, one finds oneself not falling, but suspended on air, on outer space where the stars are far apart, like chess pieces with limitless move options.

The stars of Pleiades in fact are embedded as one’s brain neurons. The firmament, one discovers, is within the Self. The flip from micro to macro happens because the cerebral patterns of old are loosed. Jumping off is the required act of courage. Thus, suspended on open space, one’s superconciousness awakens. Brain cells sensitize like billion bits of a jigsaw mirror, searching for and reflecting light, self-organizing and forming a new image of the human. A new dialog, a fresh conversation with the universe, then, commences.

Creativity thus is the sole human antidote to Zombiedom. Encapsulated creativity is the essence of the anthology Emanations: Chorus Pleiades. This reviewer will not deprive the reader of the pleasure of reading by elaborating on how the diverse authors looked at and interpreted the world in ways very few others before them did. With this tome the vast field of reality opens with novelty.

Generating causal synapses of creativity resonating out from their collective brain, converging and organizing invisible subquantum particles, the International Authors are forming the building blocks of manifestation for the matrix of a higher type of literary emergence.

Move over, Hemmingway, Kafka, Gertrude Stein, Dylan Thomas, Allen Ginsberg, Sylvia Plath, and the rest of you who now inhabit august library shelves. The world is transitioning. The intellectual intercourse you have initiated impregnated fertile imaginations, giving birth to illegitimates that are superior to the conservatives. May your tribe further increase.

The Pleiades beacons. Hail! The new season for planting is come!

Phillip Somozo was a visual artist (still paints) and writer (still writes) who is now a biodynamics farmer. In the Pacific islands once called Maharlika (now Philippines), the appearance of the Pleiades in the nightsky traditionally signals the beginning of a new planting cycle among indigenes.

“Antinomian” is a term used to characterize a general belief that grace has set Christians above any obligations to obey moral laws. Etymologically, “Antinomian” means “against the law.” Antinomianism is the belief that the Gospel represents a new Covenant that abrogates Mosaic law. Conventional—I am tempted to say “authoritative”—sources for antinomian belief include Paul, Augustine, Luther, and Calvin.

While we were living in the flesh, our sinful passions, aroused by the law, were at work in our members to bear fruit for death. But now we are discharged by the law, dead to that which held us captive, so that we serve not under the old written code but in the new life of the spirit. (Romans 7: 5-6)

I was once alive apart from the law, but when the commandment came, sin revived and I died…. (Romans 7:9)

But you were washed, you were sanctified, you were justified in the name of the Lord Jesus Christ and in the Spirit of our God. All things are lawful unto me . . . (1.Corinthians 6:11-12)

For I through the law died to the law, that I might live to God. (Galatians 2:19)

Christ redeemed us from the curse of the law, having become a curse for us . . . (Galatians 3:13)


Collectively, these and similar passages in scripture produced remarkably liberalizing effects in the minds of Protestants who, studying translations in their native tongues, read and interpreted these passages as they saw fit.  As orthodox Protestant teaching emphasized a direct hermeneutic experience unencumbered by priestly intercession, even the counsel of informed interpreters was powerless to mitigate the anarchic conclusions that such passages clearly foster.

The above is taken  from "'A' is for Antinomian: Theology and Politics in The Scarlet  Letter, my Afterword to the International Authors edition of Nathaniel Hawthorne's esteemed novel.  Please click the cover image to view the Amazon sales page:

Posted by Carter Kaplan at 1:54 PM No comments:

Topic Sentence: identify the term in a general statement.

Supporting Sentences: specific statements in which you describe, explain, discuss and comment on the term. Develop general points with discussion, illustrations and examples.  Suggested descriptive points:

What other people have said about the term

What you think about the term, your views

Topic Sentence: identify the figure in a general statement. What is the figure’s significance or place in the history of ideas?

Supporting Sentences: specific statements in which you describe, explain, discuss and comment on the figure. Develop general points with discussion, illustrations and examples.  Suggested descriptive points:

Significance (possibly continued from your topic sentence, or make this(these) remark(s) at the end of your paragraph)

(Remember, influences—in either direction—can include other figures, history, politics, the history of philosophy, biographical matters, and the world of schools and school teachers.)

What you think about the figure, your views (again, you might want to return to significance)

Possible final statement: Why is the figure significant?

Posted by Carter Kaplan at 12:05 PM No comments: