I have finished the preliminary edit of Tasso's Il Mondo Creato, Day III.  Meanwhile, Dario Rivarossa has reached a benchmark: He has finished his translation of Day VII.  That is, he has finished the preliminary translation of the entire poem. It now goes to Professor Salwa Khoddam for her enhancements (I believe she is now working on Day V).  I expect to catch up with Dario and Salwa over the next three months.  By November the book will enter the production stage, which will include bringing the front matter and introductory materials together with the poem, further editing, and then preparations for publication.  Some of my earlier reflections on this project can be read by clicking HERE.

Meanwhile, Dario will be working with Nivalis and Selkis (the three of them comprising "The Magic Trio") to produce the cover and the illustrations.  After much deliberation, soul-searching and head scratching, we have determined that the book will have about 60 illustrations. Altogether, the book will be about 400 pages long.

Dario sums up as follows:


A barbaric YAWP! The new, or rather, the only unabridged English translation of Torquato Tasso's long poem Il Mondo  Creato (1592) has just been completed -- i.e., the first draft, while the text is still in the process of being edited by Prof. Salwa  Khoddam and Prof. Carter Kaplan.

Day or Canto 7 should be of a particular interest to Paradise Lost readers and scholars insofar as Tasso "fills in the gaps" in the narrative of  Genesis (e.g. God leading Eve in front of Adam after creating her), that probably was the main source that inspired Milton for his own reworking of the Biblical text.

As to the "role" of the original sin in the "economy" of salvation, according to MC, well, it is very interesting, but it will not be revealed here

Writing thousands of footnotes on language, literature, Renaissance society, sources, and "the legacy" (especially Milton and CS Lewis) has been as exciting as translating the verses.

Now the funniest stage begins: illustrating it together with Nivalis and Selkis, the Magic Trio. The number of pics should be about 60.

The 400-page volume may be published by International Authors in -- say, next Spring?

I agree with Dario's projection for a Spring 2015 launch.  Click HERE to view his original blog post on these matters. 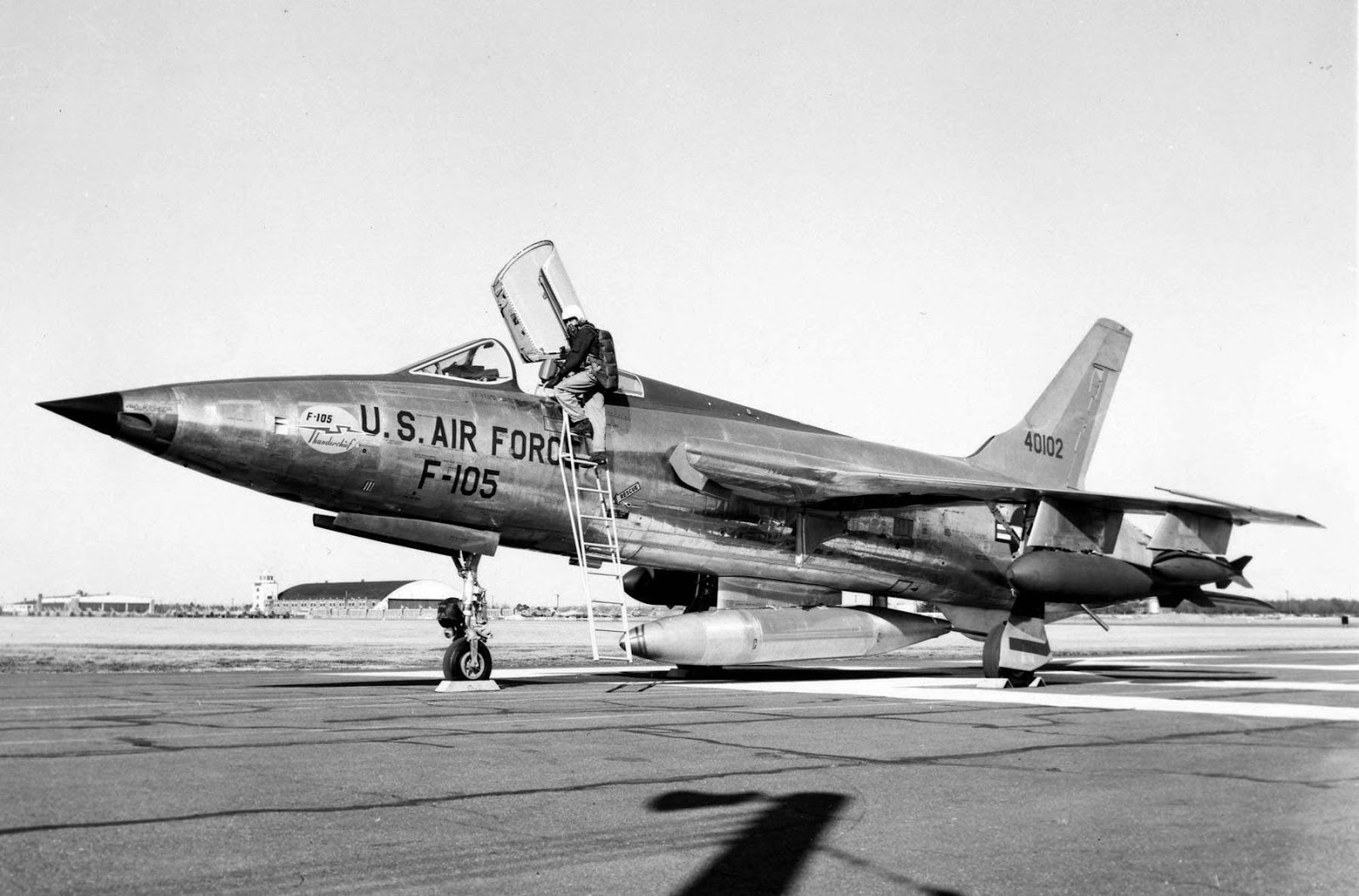 Posted by Carter Kaplan at 2:05 PM No comments:

Texts to be looked at, pictures to be read

Dario Rivarossa has put together an intriguing set of images and some clever text for his initial blog post on Emanations: Foray into Forever.  Please click HERE.
Posted by Carter Kaplan at 11:46 PM No comments:

"Milton? John Milton? He was not a philosopher! Or are you being facetious? I can't tell."

I recently posted the following on a facebook page dedicated to the subject of Analytic Philosophy:


I do not believe there is a philosopher who thinks as deeply, or--more importantly--as clearly as Milton. A person looking for philosophical insights is choosing the wrong field if he or she skips studying Milton for a program in Philosophy--indeed, isn't that the very conclusion that analytic philosophy itself must necessarily come to?

Was I being disingenuous or mischievous?  No, not at all. I meant it.  One interlocutor didn't quite know what to make of my statement:


Milton? John Milton? He was not a philosopher! Or are you being facetious? I can't tell.

My response was to direct him to one of my Highbrow posts on Milton's Project.

And then to a post concerning Bernard Bailyn's book on The Ideological Origins of the American Revolution, which can be read by clicking HERE. Then I found myself jotting down my thesis concerning Milton's Paradise Lost as an expression of Analytic Philosophy:


The end of this post [on Bailyn's book] segues into the subject of Paradise Lost as an expression of Milton's anthropology of human understanding. Paradise Lost presents a synoptic overview of a variety of propositions concerning knowledge, human nature, language, politics, gender relations, consciousness, myth, mythographic representation, human identity, intellectual mythology, insight and illusion, apophatic theology, and so on. Unfortunately, the Miltonists don't know enough about analytic philosophy to read his satire at this depth, and the philosophers are unfamiliar with the grammar and literary traditions Milton parodies to construct his arguments.

Well, I might observe that when it comes to Milton's satire and philosophy, people can't tell if Milton is being facetious either.  To cut to the chase, he is, and that's Milton's point concerning everything, from the human condition to what have you.  Something more on this may follow.
Posted by Carter Kaplan at 1:36 AM No comments: 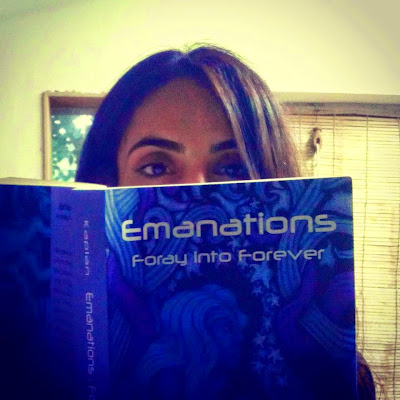 Posted by Carter Kaplan at 9:19 PM No comments:

The International Authors website has been updated to include Emanations: Foray into Forever, and Aziz Mustafa, who has joined the editorial board. Please click HERE to view the description of the new book.
Posted by Carter Kaplan at 2:41 PM No comments:

When asked, "Who are your highbrow heroes?  Xenophon?  Peacock?  Anscombe?" I will nod and say, "Yes, but of course!" Then catching myself, I will tilt my head to the side and add, "Truth be told, however, Highbrows are actually men (and women) of action.  Indeed, it is a little known fact that in order to enter the Highbrow Commonwealth, you must first get out in the world and hone your thinking abilities (or highbrow-ness) by doing something BIG.  And it doesn't matter if you succeed or fail--the true measure of your highbrow-ness is the degree to which you observe how your thinking responded to and integrated with the situation you were in.  William Wordsworth has something like this in mind when he reflects that the proper subject matter of poetry should be "strong emotions recollected in tranquility."  Therefore, in addition to Xenophon, Thomas Love Peacock and Elizabeth Anscombe, I'd like to add the names Jim Lovell, Jack Swigert and Fred Haise, Jr. to the list of heroes that I consider worthy of recommending to the highbrow community, and to posterity:

Posted by Carter Kaplan at 12:46 AM No comments:

Posted by Carter Kaplan at 2:34 PM No comments:

Discussing Hate and Ethics with the Gypsy Scholar.

Tomorrow on her program Ancient of Days, Tessa B. Dick interviews John Simon, the director/screenwriter of Radio Free Albemuth, the new film based on Philip K. Dick's novel of the same title. 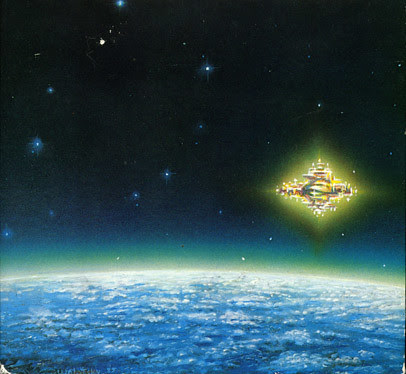 Incidentally, Tessa has an essay about PKD and the film A Scanner Darkly in Emanations: Foray into Forever.
Posted by Carter Kaplan at 12:39 PM No comments:

Variation upon the Enigma of Architypes (after all not so enigmatic, maybe) 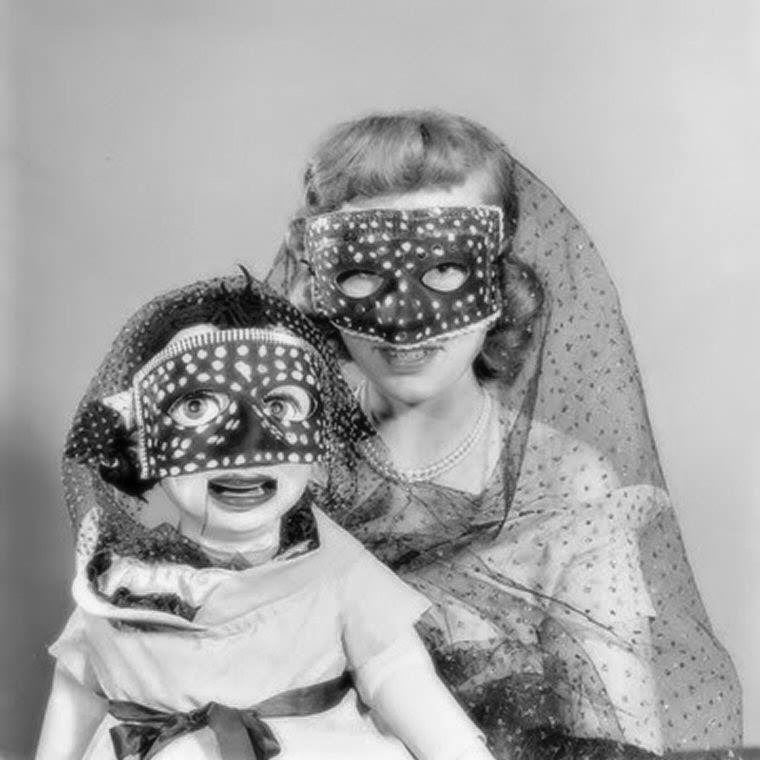 Posted by Carter Kaplan at 11:43 PM No comments: 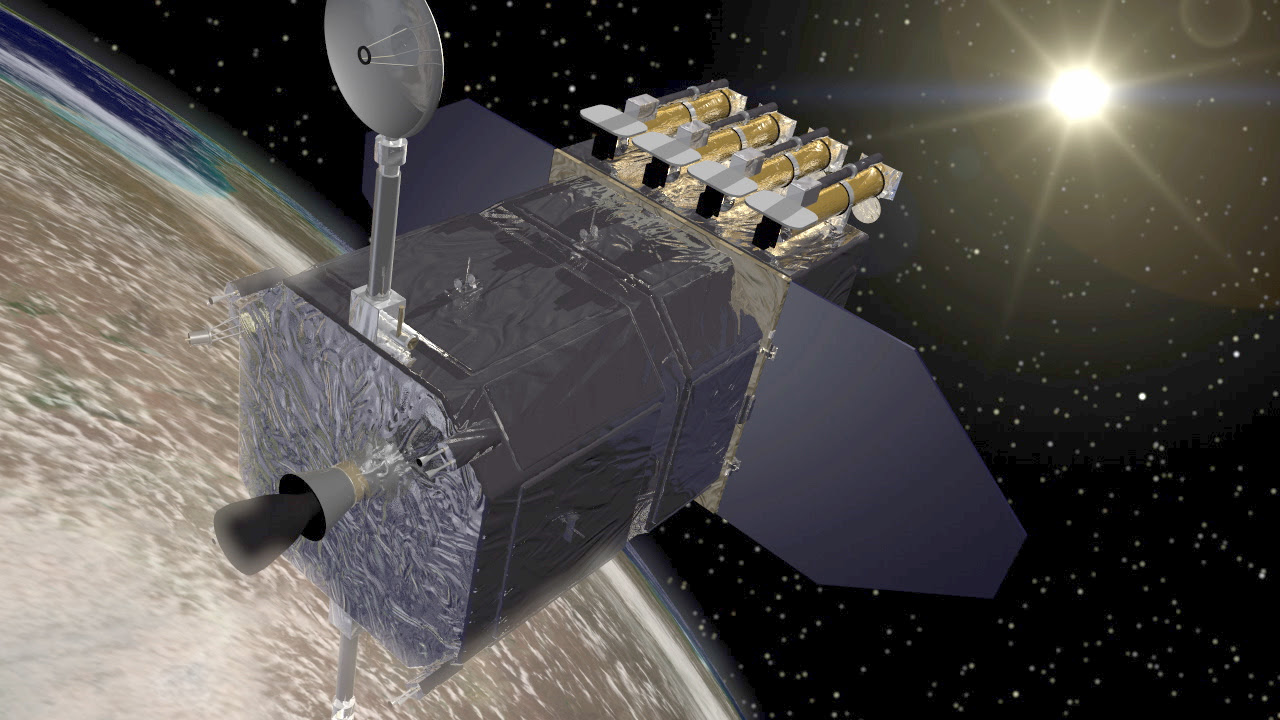 Are you a Sun Watcher?
Posted by Carter Kaplan at 3:01 PM No comments:

The other night I dined with Peter Dizozza, whose poetry appears in Emanations: Foray into Forever.  We had Indian food and discussed, well, Indian food... and otherwise compared notes on New York, writing, and the production of the new book, in which he has two poems. One of his contributions is a lyric about Orson Wells, and the other is a passage from the libretto he wrote for an opera called Paradise Found.  And, yes, we talked a lot about Milton. Accompanying himself on piano, he performed a section of Paradise Found. I learned that the entire opera had been staged at the Williamsburg Art and Historical Center, and we discussed the logistics of staging an opera in an art gallery. 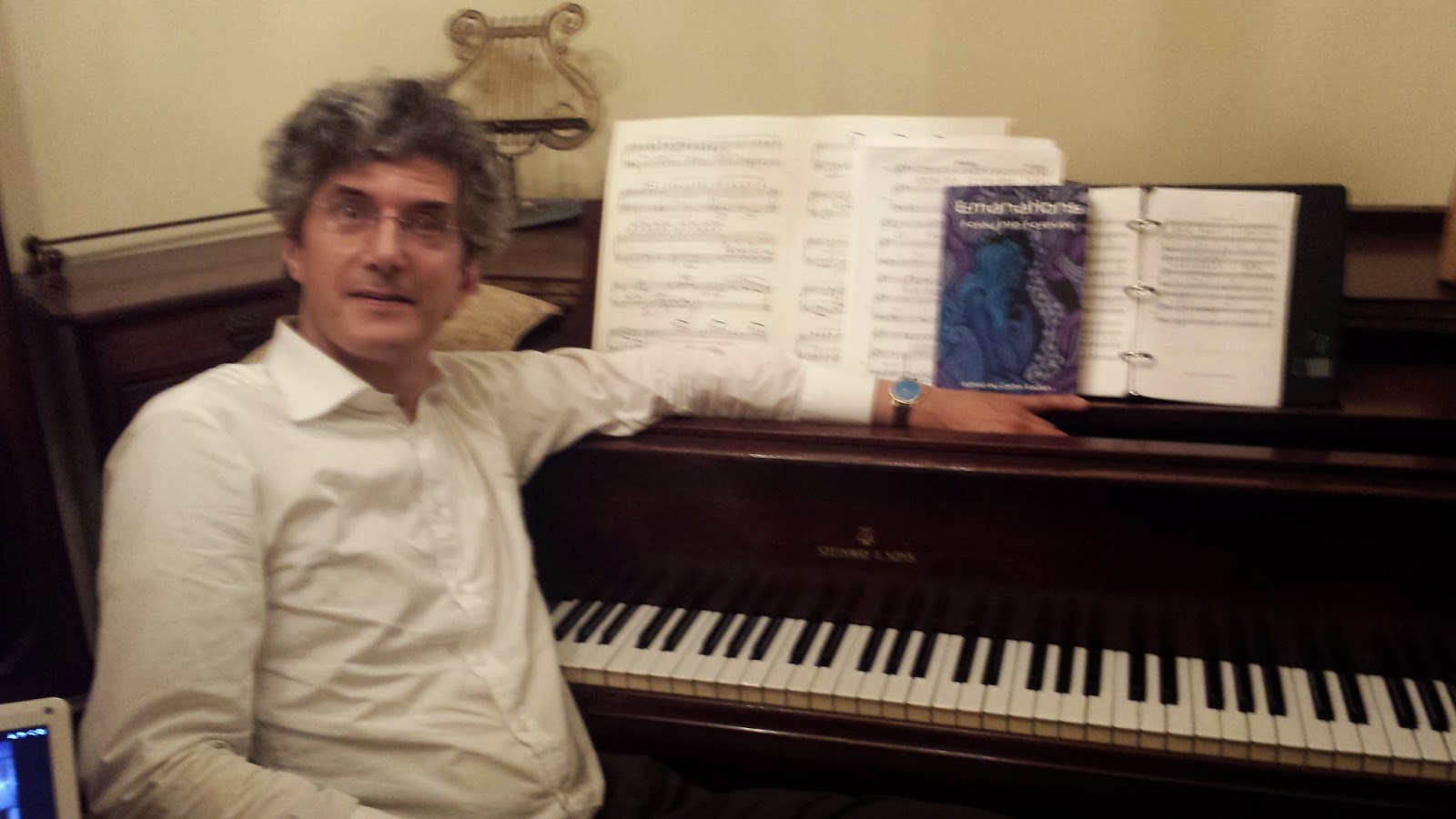 
In this variation of the Adam and Eve Story, Victorianus befriends a serpent while on his vision quest. He takes the serpent home. The serpent offers to be called by various names, Bishop Faustus, Magway... but it is really Lilith dressed as a serpent offering to take Victorianus and Pristina back to the Garden of Eden. Can the serpent be the savior? Let's ask Prometheus...

Peter Dizozza is a native of New York City. Since 1999, Peter has been Theater Director for the Williamsburg Art and Historical Center. His musical theater background and focus on artistic collaboration has led him to a number of opportunities including composing the score for the 2014 Off-Broadway show, 155 Through the Roof.  Visit his website HERE.

"International Authors is our Mars Rover..."

Posted by Carter Kaplan at 12:24 AM No comments:

A word from the Gypsy Scholar 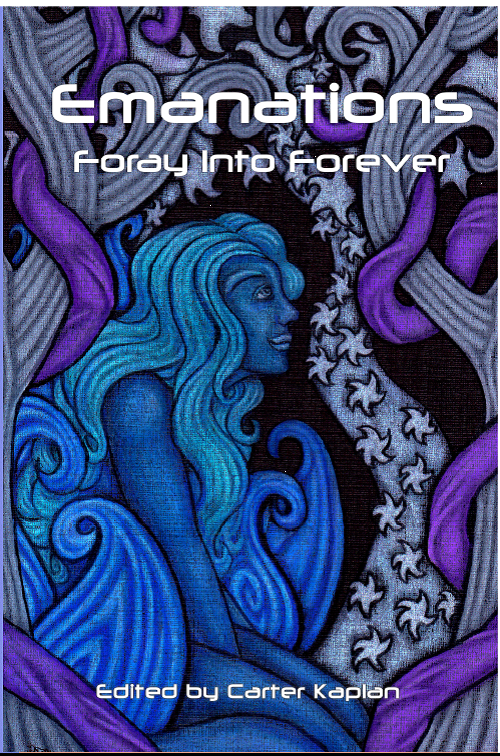 to view the Amazon sales page.
Posted by Carter Kaplan at 12:14 PM No comments: 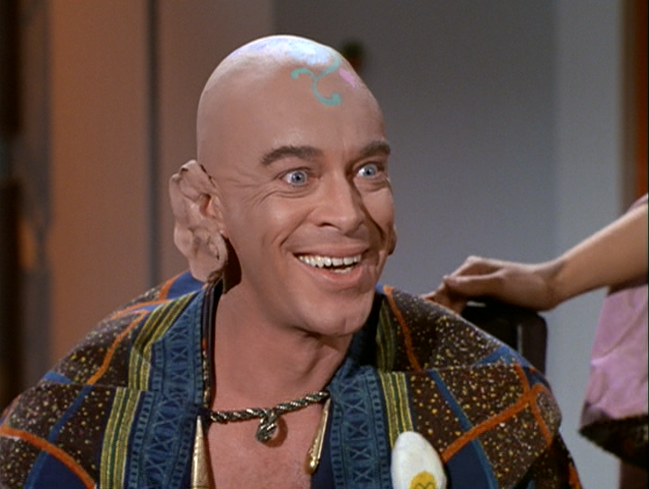 Posted by Carter Kaplan at 12:16 AM No comments: