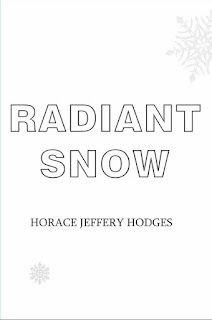 Horace Walpole's copy of the death warrant of King Charles I

This is likely the Walpole copy from Strawberry Hill, now in the Milton collection of the Yuko Nii Foundation: 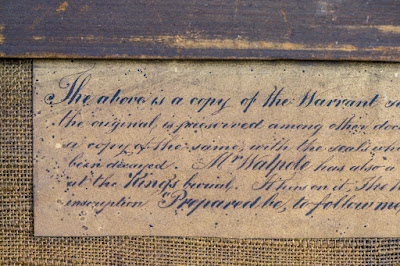 In his home Horace Walpole hung a copy of the warrant for the execution of Charles I with the inscription "Major Charta" and wrote of "the least bad of all murders, that of a King". In 1756, he wrote:


I am sensible that from the prostitution of patriotism, from the art of ministers who have had the address to exalt the semblance while they depressed the reality of royalty, and from the bent of the education of the young nobility, which verges to French maxims and to a military spirit, nay, from the ascendant which the nobility itself acquires each day in this country, from all these reflections, I am sensible, that prerogative and power have been exceedingly fortified of late within the circle of the palace; and though fluctuating ministers by turns exercise the deposit, yet there it is; and whenever a prince of design and spirit shall sit in the regal chair, he will find a bank, a hoard of power, which he may lay off most fatally against this constitution. [I am] a quiet republican, who does not dislike to see the shadow of monarchy, like Banquo's ghost, fill the empty chair of state, that the ambitious, the murderer, the tyrant, may not aspire to it; in short, who approves the name of a King, when it excludes the essence.

The warrant itself reads as follows:


At the high Court of Justice for the tryinge and iudginge of Charles Steuart Kinge of England January xxixth Anno Dñi 1648.

Whereas Charles Steuart Kinge of England is and standeth convicted attaynted and condemned of High Treason and other high Crymes, And sentence uppon Saturday last was pronounced against him by this Court to be putt to death by the severinge of his head from his body Of wch sentence execucon yet remayneth to be done, These are therefore to will and require you to see the said sentence executed In the open Streete before Whitehall uppon the morrowe being the Thirtieth day of this instante moneth of January betweene the houres of Tenn in the morninge and Five in the afternoone of the same day wth full effect And for soe doing this shall be yor sufficient warrant And these are to require All Officers and Souldiers and other the good people of this Nation of England to be assistinge unto you in this Service

Given under our hands and Seales

To Colonell Ffrancis Hacker, Colonell Huncks and Lieutenant Colonell Phayre and to every of them

John Milton's name does not appear on the Warrant.  Cromwell's signature - "O. Cromwell" - is found on the left, in the first column, third line down.

L. Sterns Newburg has this to say about the new Tasso book:


An impressive piece of scholarship, and a valuable practical document for those interested in the great Italian poet, Torquato Tasso. This is a translation of Tasso's Il Creato Mundo, and the translators have been faithful - I want to say "lovingly faithful" - to the spirit and the words of the original. Tasso's original is in some ways an eccentric performance, so this translation presented numerous technical challenges, most of which have been surmounted.

The most difficult part of Tasso to recreate in English is the music of the original Italian. Any translation from a Romance language to English that somehow recreates such music engaged in a species of legerdemain, and inevitably, it results in subtle departures from sense of the original. The translators did not attempt to recreate Tasso's music.

Tasso cannot, perhaps, really speak to us in English, but the able translators have given us something far superior to a mere crib. Bravissimo!

To view the Creation of the World Amazon sales page, please click HERE.

Posted by Carter Kaplan at 6:41 PM No comments:

Tally-Ho, Cornelius!   Hang on to your hats for this one. The first thing you notice about this novel is the structure, which shifts between the rollicking adventures of Cappy Cahtah Kohneum and his band of chaos engineers and the rather more stately existence of the Reverend Dr Jerry Cornelius (the post modern divine to you and me). In the case of the first, the chapters are short, with an eccentric cast of characters faced with a blistering set of inventions, challenges and situations; all shot through with a sense of irreverent humour and fun. You genuinely never know what's coming next, and reality itself joins the cast. As for the second, we follow the New York life of a celebrated author and clergyman at a transitional point in his life. At the outset at least, this tale is more grounded and delivered in more familiar way but still underpinned by humour. However, this is merely softening us up, as the chaos from one part of the story begins to "leak" into the other and - without spoiling anything - the post modern divine's life becomes very strange indeed. The writing does an impressive job of holding all this together and there are some great individual lines as well. "Can something which does not exist be experienced?" "If survival depends on it, I should say,'yes'". However the structure and the story are also a framework for ideas, there's an incisive critique of Shakespeare, rumination on anthropology, discussion of the French Revolution and many other things all weaved into the main narrative and used to spur the story on. It is fantastically dense with references and allusions, for example there is a Lt Baudrillard who is at one point described as a "loveable crank". The novel delights in subverting and confounding, but somehow makes it a joy to read.

Reclamation: This is a book written with great care and attention to language, by turns precise and then evocative. It deals with the last gasps of a militarised humanity losing its final foothold on Earth following nature's revolution against us. It builds both tension and mystery as it describes the desperation lurking beneath the military facade. It also builds complexity, as its moral contours grow murkier and the plot develops. There are plenty of surprises in the way the story is revealed, but they are all congruent with the larger narrative and never feel out of place. There are many subversive ideas here, from the attempt to weaponise spirituality to the failure of science in the face of wrath of nature. "As he stands alone beneath that shifting ceiling, small in the immensity of the forest, he feels like a hero, the very embodiment go human endeavour against mindless nature. His boots stamp possessively at the earth as he raises his flamethrower to the sky. Beneath his breath he repeats a phrase that has given a justification to his innate aggression, because if truth be known, as it must be eventually, he has relished all that has happened to mankind." The ideas here are sometimes challenging, and in places the outlook is very bleak, but there is hope here too.

To read more about Reclamation, please click HERE.
Posted by Carter Kaplan at 6:00 PM No comments:

This is a relatively short piece of work and deceptively easy to read, but there is a lot going on here. It brings the reader from intimate conversations to mass civilian casualties, with a wry but not over bearing commentary on it all. "The rest, as they say, is history mixed with smoke and sobs." Reading it, I was left with the impression of being a telepathic riding around in a taxi and picking flashes of the life of a city on the edge. For all that it is short, it is dense with details which you glimpse as you pass, and it is packed with witty observations: "See, most human beings, in my opinion, are playing the lead role in a movie called Their Life." It even manages to squeeze in a modernist version of Rapunzel. The writing moves seamlessly between the real and the lyrical, in a way which convincingly evokes the strange beauty of cities. "It is peculiar, very peculiar, but show me one city, any city that is not made up of various assorted peculiars."

from Terrance Lindall's Milton in Outer Space, project under development 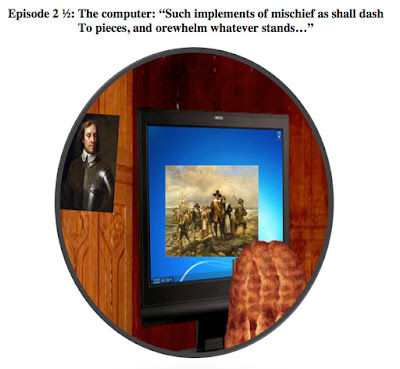 John Milton had spent the last two months learning how to use the computer that had been provided by John Dugdale Bradley. What an instrument that could reach out to the world and provide moving pictures so what was happening anywhere at the every moment could be viewed!!! He read the news articles and explored the history of the world since he had died in 1674. He was fascinated and, even more, he as horrified at how humanity had devolved over the period. He thought to himself, quoting Khan in the Star Trek episode Space Seed,  “I am surprised how little improvement there has been in human evolution. Oh, there has been technical advancement, but, how little man himself has changed.“ Essentially the progress of man since the Greeks up to England of the 17th century was the same, technical advancement, yet hatred, war, greed and the all of rest of human generated misery endured.  Empires had risen and fallen, man had invented machines and new sciences, but still man suffered, to quote Gibbon from his Rise and fall of the Roman Empire: “from vicissitudes of fortune, which spares neither man nor the proudest of his works, which buries empires and cities in a common grave.” Also from Gibbon, Milton viewed mans journey as “…a long period of distress and anarchy, in which empire, and arts, and riches, had migrated from the banks of the Tiber, [but] man was incapable of restoring or adorning.” And further,  the human condition Gibbon noted “…and, as all that is human must retrograde if it do not advance, [so] every successive age must have hastened the ruin of…” what great achievements of thought that had gone before.

The implication of the title is a comparison of the computer to what Lindall calls "Satan's Canon".

To learn more about the Milton in Outer Space project, please click HERE.