Readers of Emanations are familiar with Dario Rivarossa's ability to intuitively grasp a poetic idea and swiftly set forth a corresponding image that is dynamic, emblematic, and enthralling.

Having read H. P. Lovecraft's "The Call of Cthulhu" in English for the first time--the story is featured in the new Fantasy Worlds anthology--Dario took out his pen and set to work.  Contemporary renderings of the ancient malignancy tend towards romantic idealization and glorification--a being marked by Herculean physique, majestic wings, and an ontological aura that seems to radiate from a "higher" angelic substance...  Dario rather sends us a figure closely following the descriptions offered by Lovecraft.  It must be remembered that Cthulhu is indeed a foul beast, a noxious monstrosity properly representing the lowest regions of cosmic consciousness, embracing the base urgings of a "symptomatic" biological alchemy, the empty voids of deep space, and the nugatory significance of nascent elements in solitary and disparate disarray. 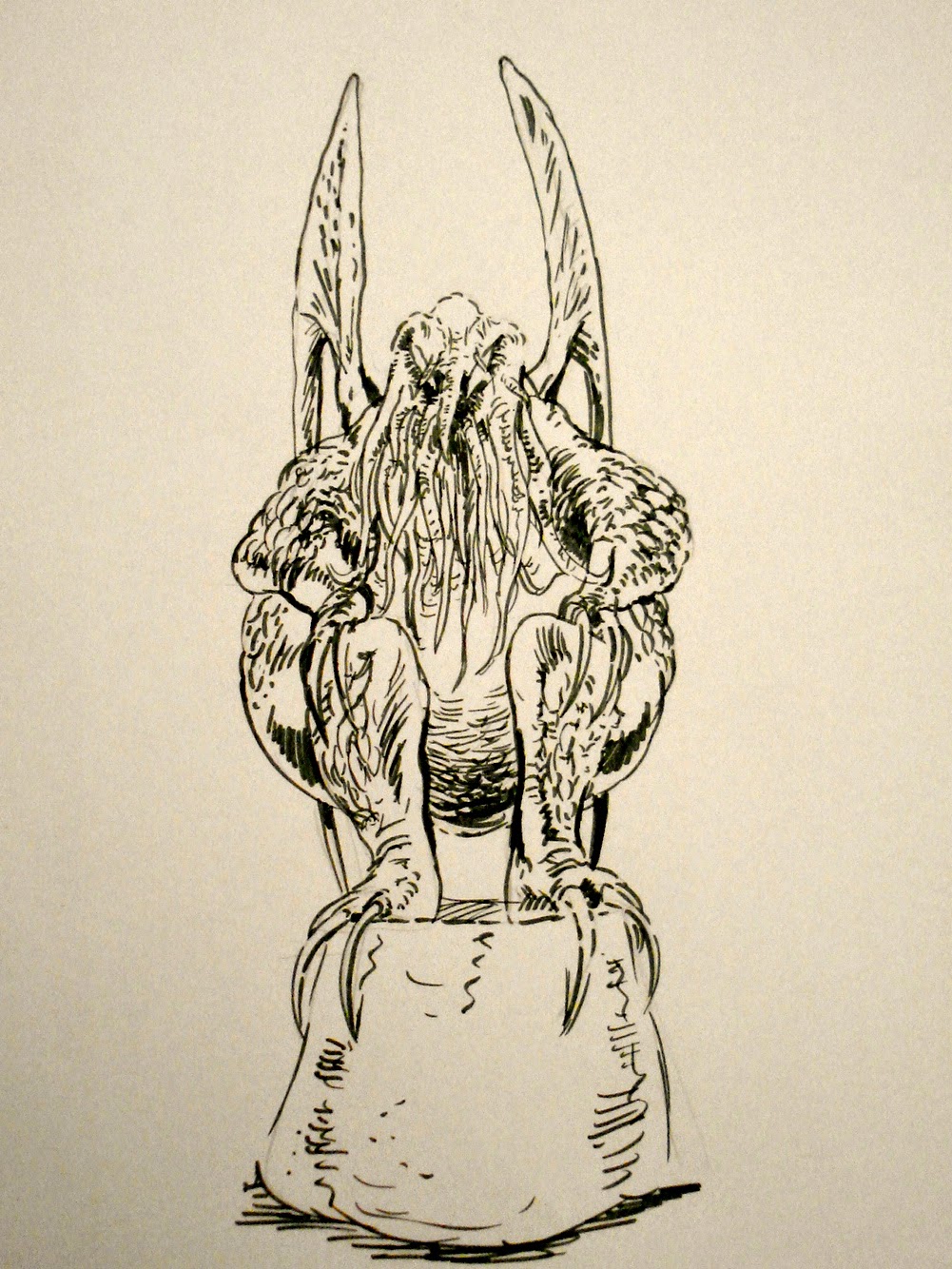 Thank you, Dario, for this heady reminder of the ghastly face of anti-human menace and primal evil in the actual form of which Lovecraft warns!
Posted by Carter Kaplan at 3:34 PM

Many thanks, Carter! And please have a look at the version wonderfully reworked ny Tiziana:
http://selkisfritz.deviantart.com/art/Cthulhu-The-original-512417596

That's about how I imagined Cthulhu in my novella