I've just returned from Tuscany where International Authors had its second meeting.  (For a report on our first meeting in London, please click HERE). 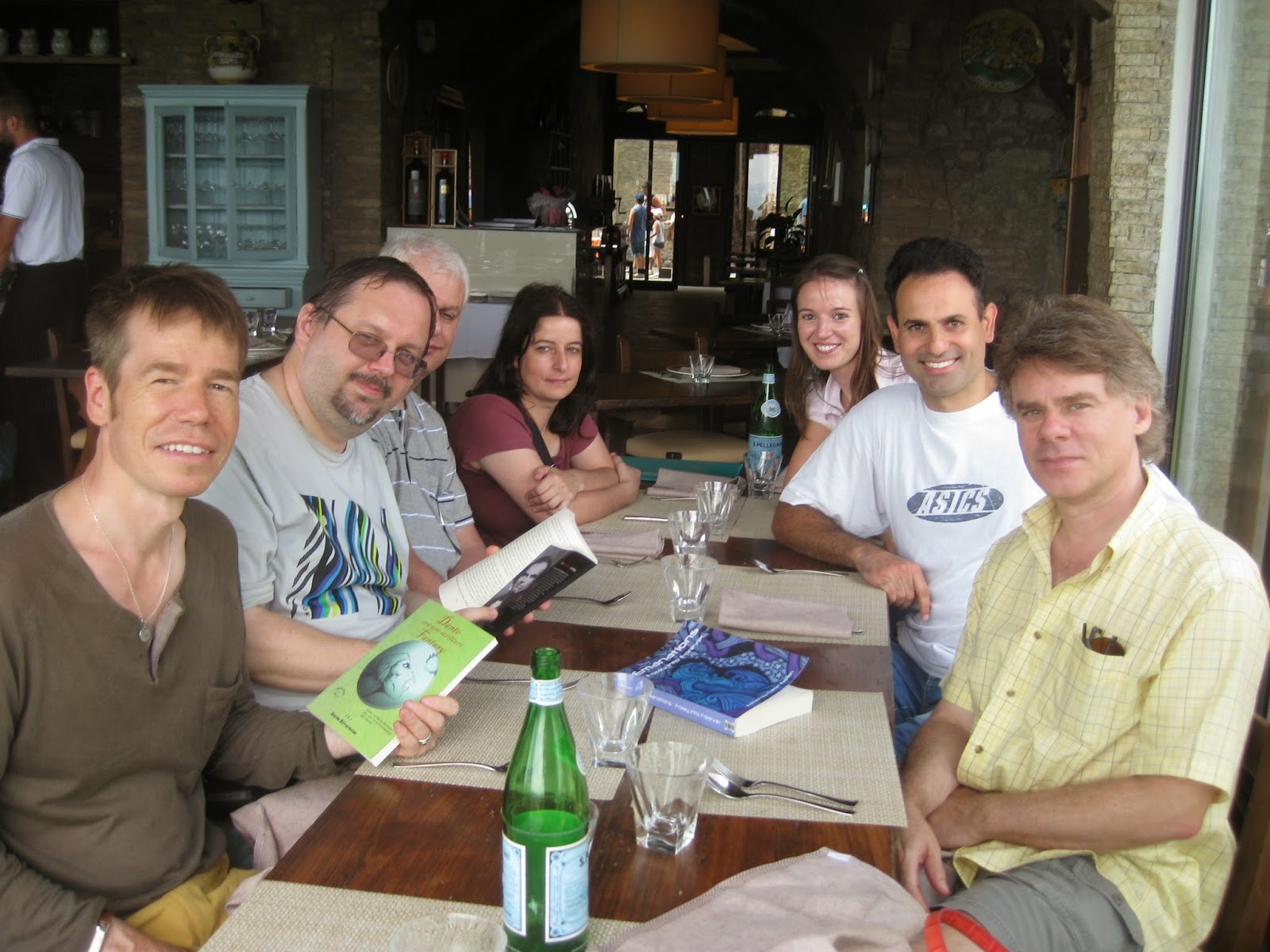 Dario was "master of ceremonies" as we discussed (in an "avant-garde" pidgin of Italian, French, American English, Euro-English, and Philp-Murray-Lawson English) International Authors, Guardastelle Edizioni, book production and distribution, Tasso, Dante, the book Dante era uno scrittore Fantasy  (see also HERE), Milton, the Italian Renaissance, the middle ages, Tuscany, Umbria, Moby-Dick, The Scarlet Letter, The Rime of the Ancient Mariner, fantasy, science fiction, translation, anime, art, illustration, and so on. The keynote subject was Dario's progress translating Tasso's Creation of the World, which IA should bring out early next Spring. Much of Dario's work with the text is finished, and over the next few months he, Eva and Tiziana Grassi (the "Magic Trio") will create the illustrations. There should be about 60 illustrations, and the book will be around 400 pages long--same size as Emanations.