In the Studio with Michael Brennan 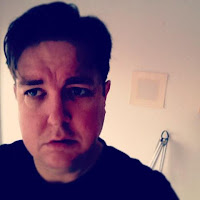 Today I visited Michael Brennan who shared with me his latest group of paintings, tentatively titled "Emanations." These new works are extraordinarily detailed, and offer delight to followers of both the abstract and the surreal. At once pure form, they also call to mind the work of Yves Tanguy: central to the compositions are "actors" occupying clearly established spaces that we ourselves should wish to occupy; we might easily call them "sanctuaries for the imagination." Whether this space is surreal, metaphysical, illusory, geometric, or simply "abstract", its presence is as undeniable as it is intriguing. The figures ("actors" is Brennan's very clever word) move and exercise within these spaces in intriguing ways. While we are wont to identify hallucinatory figures from nature and dreams in the delicately "sculpted" pigments (as ever, Brennan is keen to add lots of wax to his oils), the works themselves remain dedicated to the "essentials" of painting--abstract exercises in form, light play, exquisitely subtle variations of color, and the exuberant "revelation" of strangely startling patterns. We might think we recognize them, but they in fact remain less than illusions. Like the impression of three (or four) dimensions, our examinations at last resolve into the inspection of meaningless form, as if the arena of volume itself must ultimately revert to something that amounts to little more than suggestion... and yet something more than mere principles of spatial ordering, or (if we want to say something grandiose) something more than mere elements of psychological recognition. 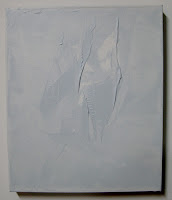 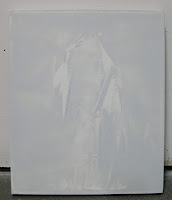 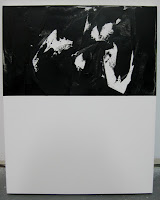 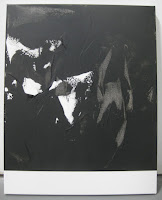 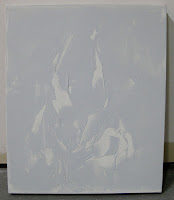 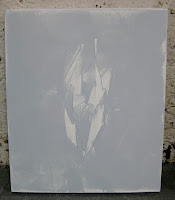 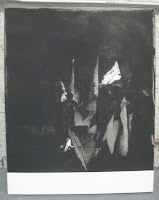 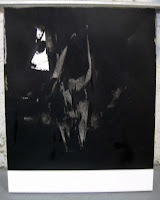 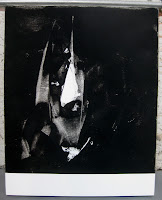 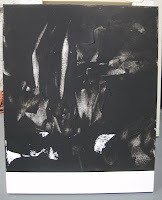 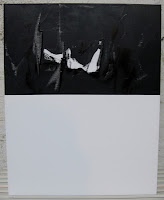 Posted by Carter Kaplan at 9:12 PM