On the matter of Plato’s “paleo-technocratic” politics, the Republic is appropriately (and characteristically) ambiguous. With Plato it is always important to keep context in mind, and in respect to the Republic the purpose of the dialogue is to define “Justice.” Approached from this angle, Plato’s “utopian” vision clearly shows that moral and political philosophies predicated on the criterion of Justice will lead to an insufferable dystopia, with all the gory details amply dilated upon in Plato’s descriptions.

In Laws, however, Plato is not ambiguous. Clearly, the fellow comes across as a totalitarian, tyranny-mongering aristocrat. In view of the unstable world he lived in, however, maybe he has a point. And that is certainly how German political philosophers like Leo Strauss view totalitarianism; that is, they believe upon “scientific” grounds that totalitarianism is a desirable state of affairs. One would think that after finding in America salvation from the Nazis, Strauss should have embraced the land of Jefferson... Does it over-simplify the matter to assert that Strauss is “just another ogre” from the Continent who reviles English freedoms, who loathes the middle-classes, who detests Christianity, who views religious Judaism with painful contempt, and so on? Strauss notwithstanding, many contemporary “schoolteachers” championing Plato's authoritarian views evidently embrace such prejudices. Considering their influence on impressionable students, compare the Erl-King from Goethe’s poem who carries off children…

Meanwhile, rather than “Justice”, Plato elsewhere advocates eudemonia (or “happiness”) as the criterion for ethics and political philosophy. Clearly, in this mater Plato agrees with Aristotle. But there is an important distinction. Plato argues for eudemonia in the next life, in Eternity; this world and the meager “good things” of this life are to be eschewed. On the other hand, Aristotle argues for eudemonia in this life as well as the next. Aristotle agrees with Plato, however, in stating that the ultimate purpose of happiness in this life is to contemplate God (see HERE for a discussion by Anthony Kenny).

As a matter of political philosophy, their disagreement patterns the contrasting views of an aristocrat (Plato) and an upper-middle-class highbrow (Aristotle). In theory, the distinction attends their disagreements over Plato’s theory of forms (please see HERE). More importantly, Aristotle employs the criterion of eudemonia to argue for a large middle-class (see HERE for a brief quote). Rather than utilitarian grounds (though as a matter of outcomes he satisfies these requirements), Aristotle seats his concept of eudemonia in something comparing to Plato’s emphasis on coming into contact with God, with philosophical understanding serving as the gateway to such contact.

Kenny elsewhere has difficulty equating Aristotle’s eudemonia with our English word "happiness”, but of course we must keep in mind that Kenny is no Lockean or Jeffersonian. Locke for him is an historical matter.  But more to the point: Kenny is an Englishman and the English don’t expect to be “happy.” Ahem. But of course eudemonia is embedded—and forcefully—in the American Declaration of Independence, and that concept of Happiness, via Locke, Aquinas, Christianity and Judaism, compares precisely with Aristotle’s vision, and wonderfully so. 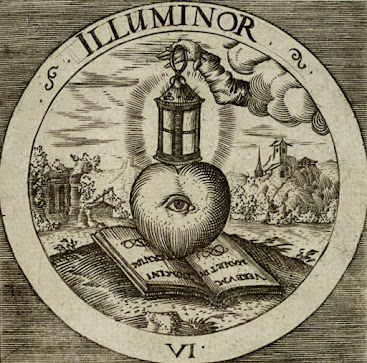