Highbrow readers may recall an April 17 post relating Abel Diaz's reflections upon Michael Butterworth's new book, My Servant the Wind.  (It can be viewed HERE.)

I finished reading Butterworth today. I took me longer than I expected, because I couldn’t simply breeze through these stories. Light, airy, undemanding—these are NOT the words I would use to describe the tales in Butterworth. There was an earnest intention to the work and a preoccupation with form that demanded I take it slow, and where I couldn’t understand I could at least experience the resonance of the text. In this way, even when I didn’t “get” the story, I was frequently rewarded with fantastic imagery or masterful prose. “Memorandum of the World Council of Journalists No. 14257594827465” was one such story. Even though I couldn’t get my head into it, there was that wonderful, mysterious paragraph standing like a lone black monolith on the moon:

“The new spaceships, designed to enter other star systems, have been found to be unworkable. Not the probes themselves, but the method of propulsion into the matrix, would seem to be at fault, and there is even stronger evidence to suggest that the matrix itself probably does not exist.”  My friend, I don’t know if you realize this, but you predicted the Matrix movies decades before they were made!

Sometimes, the payoff was in the form of a satisfying surprise, such as the ending of “The Explorer.” That last paragraph really made the whole story work, and it left this reader with a delicious sense of cosmic horror and awe: “Looming up, slowly at first, then more swiftly as he approached the edge of memory, came large, grape-like shapes as grey and mysterious as the black hills.” Terrific!

Often, the reward was a single, marvelous idea that left me happily contemplating it for days. An example of this would be “Bulletin of the Association of Amorphous Writers (North West Branch) Extract Vol 1 No 3, June 30th 1979.” The concept of writers “combining” across great distances of time could easily be the genesis for a much longer work—hell, a whole series of avant-pulp novels. I’d like to read one about Michel Houellebecq combining with the literary spirits of Jean Ray, Lovecraft and Poe, but that’s only because I’m a morally compromised fan of weird tales. The possible combinations are infinite, however, and could speak to every possible permutation of taste in literature.

Please allow me to mention one more tale that offered high concept and engrossing philosophy in a story that I otherwise found completely impenetrable.  It was “The Cosmic Diary” section of “Scatterhead” where you laid out the fantastic idea that social media serves as a group mind and kind of “telepathic primitivism” for the masses. I never thought of it that way, but now I’ll never think of it any other.

The ending of “Disintegration” was opaque to me, but I really enjoyed the rest of the story, especially the idea. Once again, you predicted the future by many years. The plot of this one is more or less the same as one of the better episodes of the British television series “Black Mirror.” I thought the use of textual imagery to evoke the narrator’s dive into mental limbo was well executed too.

The “Concentrate” stories were great. They were like cut ups of prose poems, full of rhythm and color and a sense of undefined momentum. “From the tops of the deep freeze unit he could see the tops of monsters lumbering into the green dark of the planet’s other half…” Good stuff! I remember reading at least part of “Concentrate 2” in the Savoy Book a long time ago. I had the same reaction then: It’s impossible to understand but great fun to read!

“Sequences” was similar to the Concentrate stories in that its form seemed as important as its content. To me, this was a story that very successfully used the language of science fiction to make everyday events seem alien and strange:

The flies were large, and had a metallic lustre, rising angrily in glinting clouds as I journeyed by. In the hedgerows and occasional copses larger insects, heavier and physically better protected, crawled. Sloping-green organisms, translucent and buried in the cool depths, rustled the canopies of leaves and bent the giant stems of the cow parsley in the ditches.

Not only is this language beautiful, but without context one could be forgiven for thinking this passage described a distant planet.  It was this focus on disorienting descriptions that kept the story great and I think it was one of the strongest in the collection.

To be honest, there was so much experimentation and rule-breaking on display in this book that by the time I got to “Figures in a Landscape,” I was hungry for a straightforward yarn, and I think I got it with this one, perhaps the least complicated in the collection. That might be why I enjoyed it so much. I liked that there was an element of comedic horror in the uncertainty about whether Ankle was telling the truth about the demons he saw in the foul depths below. It was a good story and it held up well against its more demanding counterparts.

The second best story, however—the absolutely second best of them all—was the stellar “The Baked Bean Factory.” Goddamn, but this was good! The prose was dense, very dense, and I had to start over several times to get a firm grasp of what I was reading, but again it was worth it. The imagery was first rate. For the “bomber spheres” I pictured colossal versions of those flying balls in the movie Phantasm, raining spectacular destruction upon a scorched and cracked planet. There was so much poetic language in this one that I am tempted to overquote it, but I’ll forbear. The image wars that occupied the night shift of Locklar Ford reminded me in a way of the phantom adverts from your novel. Aside from the beautiful language, what really stood out about this story is how different it is from everything surrounding it. It speaks to your range as a writer and the fact that you were in control of your style and not controlled by it. If I didn’t already know that this was the same author as My Servant the Wind, I would never guess it.

The final story I’d like to mention is the one that moved me the most and was, without question, the best: “Das Neue Leben.”  Obviously, as a dedicated devotee of Lord Horror, it’s fascinating to me that this is one part of his enigmatic origin story, but “Das Neue Leben” is so good that it deserves discussion on its own merits, and should not lay buried in the shadow of what came after.

Let me start by saying this story was also radically different from every other entry in the collection. I can only imagine that a burst of intense creativity overtook you when you endeavored to write it. There are passages in here that are truly powerful. Your description of Hitler’s heroin high carried more impact and poetry than any William S. Burroughs offered. The swamp waters of the flooded forest ebbing and flowing in a rhythm synchronized to the flow of his own blood rose to the level of pure art. In addition, there were many scenes in the story, such as the picnics shared by der Führer and Schmidt, that were so idyllic and lovely that you easily forgot the main character was Adolf Fucking Hitler. Couple that with the lush and dreamlike descriptions of the jungle and all the weighty philosophical musings (from “The world had become a bad dream…” to the close of that section two pages later), and you begin to realize that the atmosphere, the total effect, of the story far outshines any shock value that may or may not have been intended with the inclusion of he-who-has-already-been-named.

What is more, there is a thread of melancholy and regret running through the tale that I found very hypnotizing. It almost rendered Hitler a sympathetic character, which is no easy feat.  The story is not without its humor, however. My favorite part of all was Hitler’s indignation that the snake who ate his dog also ate all that unhealthy candy. It made me laugh out loud; it was hilarious, perhaps the funniest thing I’ve read that you have written.

As surreal as this story is, it could be a parallel universe prequel to The Portage to San Cristobal of A.H. The events that take place BEFORE the Israeli commandos show up… All in all, “Das Neue Leben” is an amazing work of art, Michael. An accomplishment to be truly proud of.

Well, that’s all for now. I’m sorry if this email was too long. I know you never asked for my opinion, but I wanted to share one reader’s reaction to your book. It was large, it contained multitudes, it was brilliant, it was difficult, it was puzzling, sometimes it was even impossible, but it was extremely well written and it was worth every hour I spent with it. And now I’m mentally exhausted (in a very good way!) and I’m going to read something super dumb and super easy. Best of wishes, Michael! You continue to challenge and inspire me as a reader. 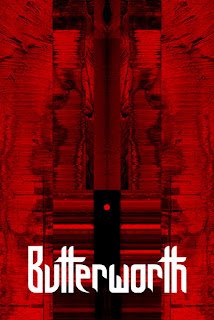