HORATIO
O day and night, but this is wondrous strange!

HAMLET
And therefore as a stranger give it welcome.
There are more things in heaven and earth, Horatio,
Than are dreamt of in your philosophy…

Horatio acknowledges the ghost but is unsure... He accepts the supernatural but is dazed. Hamlet is apparently more "accepting " of the phenomenon of the ghost. That is, Hamlet responds to Horatio as if he (Horatio) doesn't believe in ghosts, even though Horatio seems to. It may not be necessary for Hamlet to respond in this way to Horatio, but the line is good and so S'peare sets it down. And, also, it's appropriate to Hamlet's character to speak in such a manner: forceful, confident, wise in all the ways of philosophy -- he is more "princely" than Horatio and so must speak decisively in all things. Is it possible that Horatio's circumspection should have been investigated at this point? TI would seem so. Later in the play, Hamlet will have such profound doubts about the nature of the ghost that he will suspend taking action when he needs to.

Now, that explanation seems a bit complicated but essentially that's it.

Also, this is where Hamlet concocts his unwise plan to act crazy, which is foolish insomuch that when one acts crazy then one has a tendency to become crazy. Basic demonology there? Another observation: Hamlet is (tragically) perhaps one-year-too-young to take control of the situation. Had he been more forceful, more cynical, less intellectual, and more rash, then the kingdom would have been saved.

Coda: like Marlowe's Dr. Faustus and history's Martin Luther, Hamlet has been to university in Wittenberg. Later, Mary Shelley's Victor Frankenstein will study there as well. 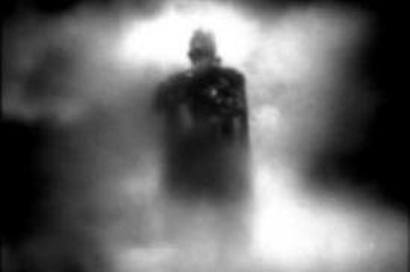 Posted by Carter Kaplan at 3:38 PM

"There are more things in heaven and earth, Horatio, / Than are dreamt of in your philosophy . . ."

Is this directed at me?

Horatio's "philosophy" is a bit of cardboard stage scenery, a textual figment, an empty antecedent, a bit of backdrop Shakespeare deploys in order to segue, so to speak, into Hamlet's famous line.

That is to say, Horatio really has no philosophy.

By the way, Horatio. While we're on the subject, what is your philosophy?

Oh, it's just a bit of cardboard stage scenery, a textual figment, an empty antecedent, a bit of backdrop that others might be given occasion to quip . . .