Going to Ost by Robert Meadley

Robert Meadley is a gifted writer of philosophical adventure stories that wonderfully evoke a mysterious and ironic atmosphere. I have been engaged in a lively correspondence with Robert for some time, and his missives, like his stories, are as owl-wise as they are clever. I am happy to announce a selection of his short fiction will appear in the forthcoming Emantions: 2 + 2 = 5, the latest International Authors anthology of fiction, poetry and essays. And there is more: 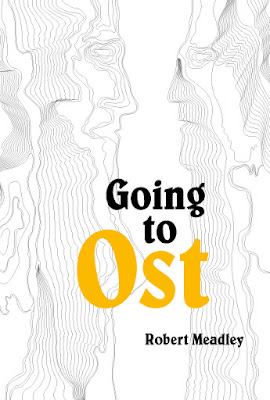 Michael Butterworth Books is about to publish Robert Meadley's new novel Going to Ost. Here is the material from the back cover:


Life for the wagering protagonist of Meadley’s novel is inherentl hazardous. A certain nonchalance and a hunter’s instinct to wait watchfully guides old soldier and campaigner Bukh Tabrolf Terongh, Warden of Kethoolmar and Master of Ost as he makes his way from the remote outpost of Empire where he has made his fortune to his birthplace in Ost, and a surreal homecoming.

In a journey across a seldom-bright landscape of shadows and rain, vast lakes, crumbling towers, vertiginous mountain passes, towns once fashionable but now blighted by the fickle builders of Empire, the reader encounters a rare mix of characters who give account of themselves.

Their stories are combined with reflections on the narrator’s eventful past. In their telling they are sometimes a joke on both reader and protagonist alike as Meadley weaves us a fine course replete with masterly humour and narrative control through his picaresque. That is the charm of this book.

According to the flyer, Michael Moorcock has written the introduction appearing in Robert Meadley's new book.

Posted by Carter Kaplan at 1:03 AM