Pictures from the Butterworth Show at Kent State University 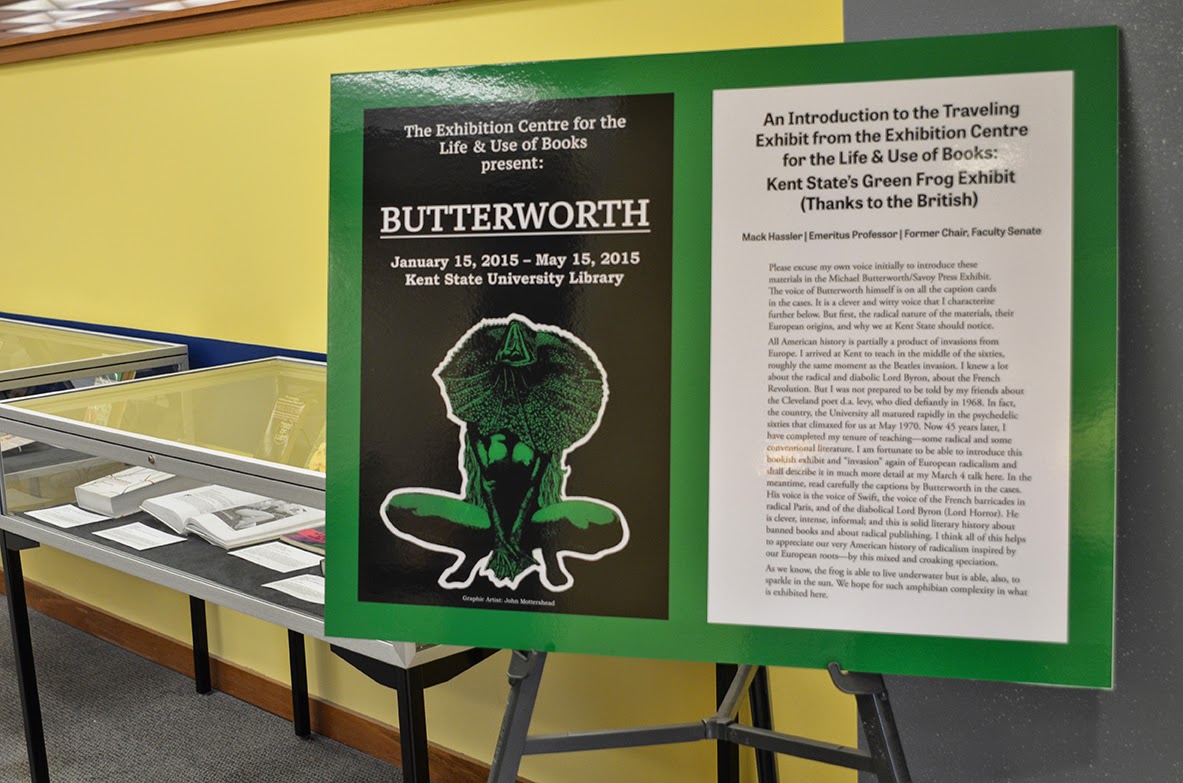 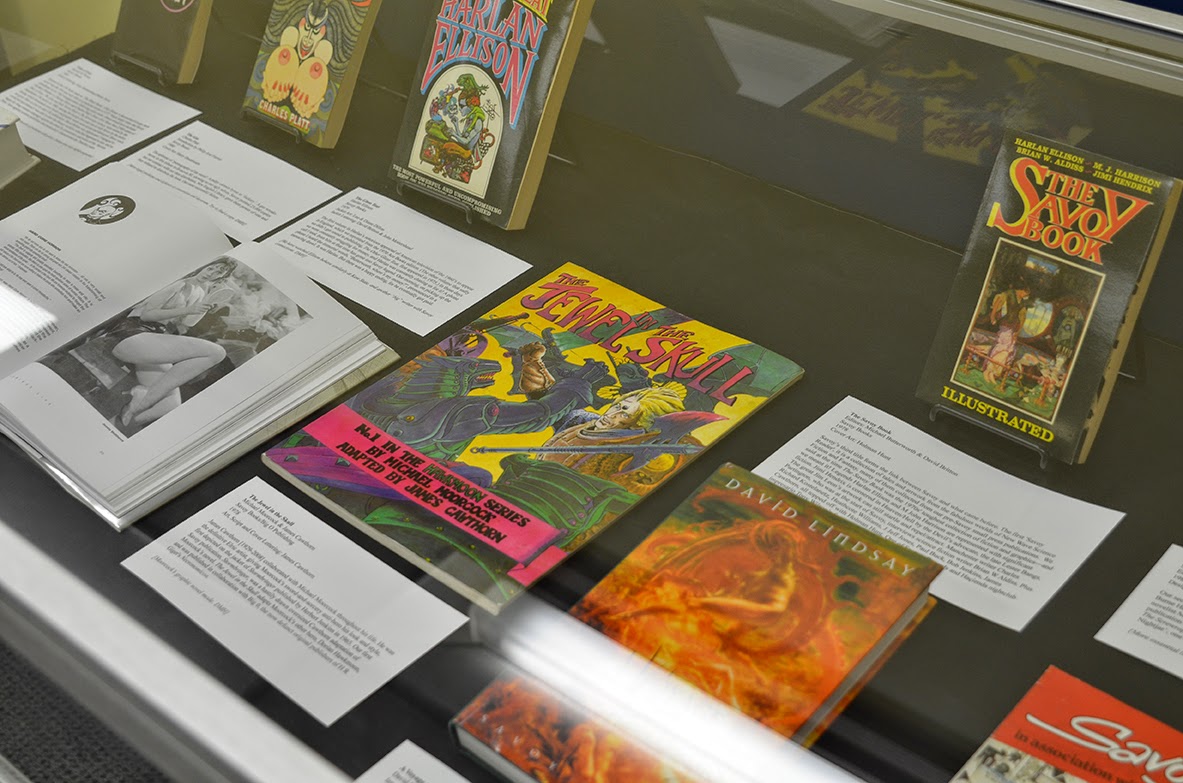 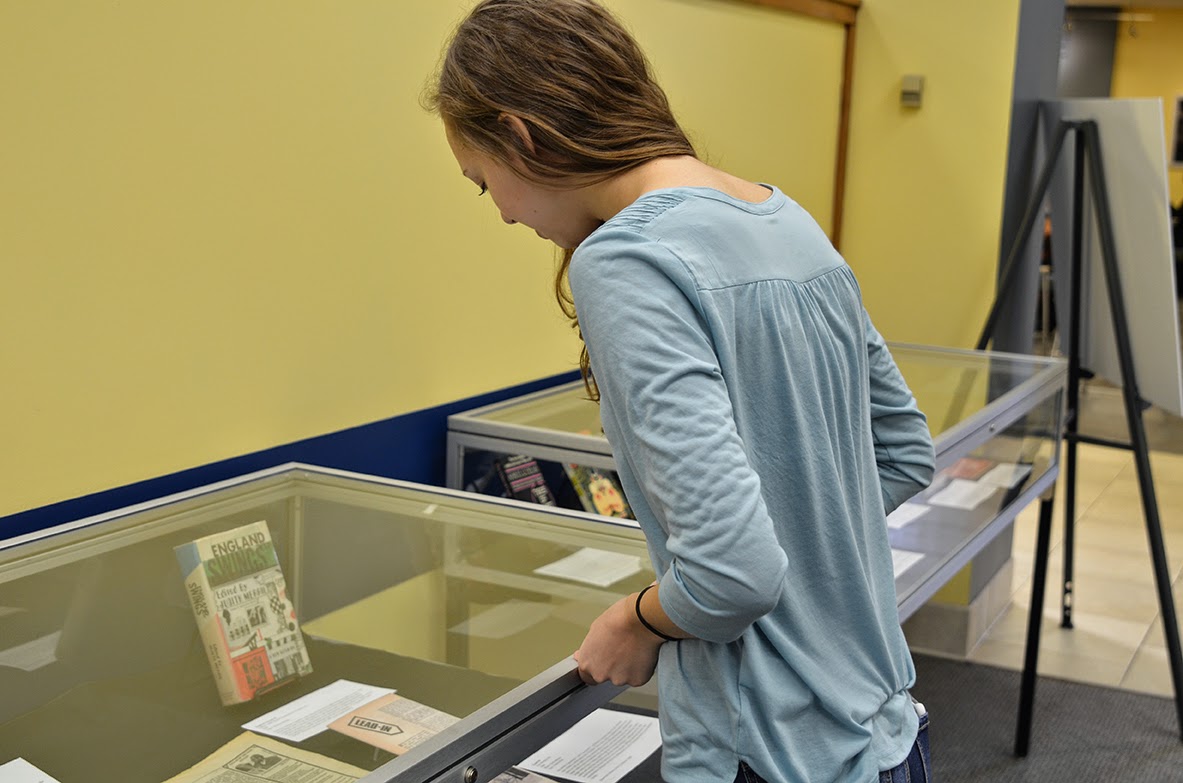 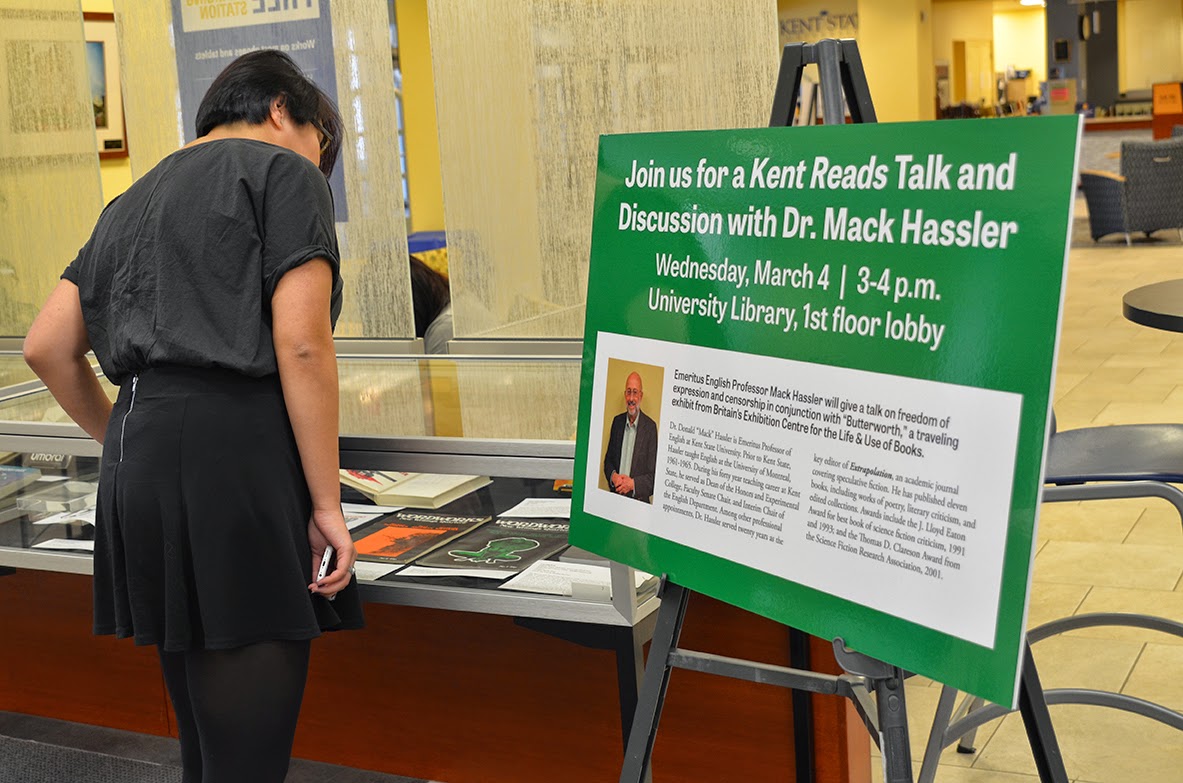 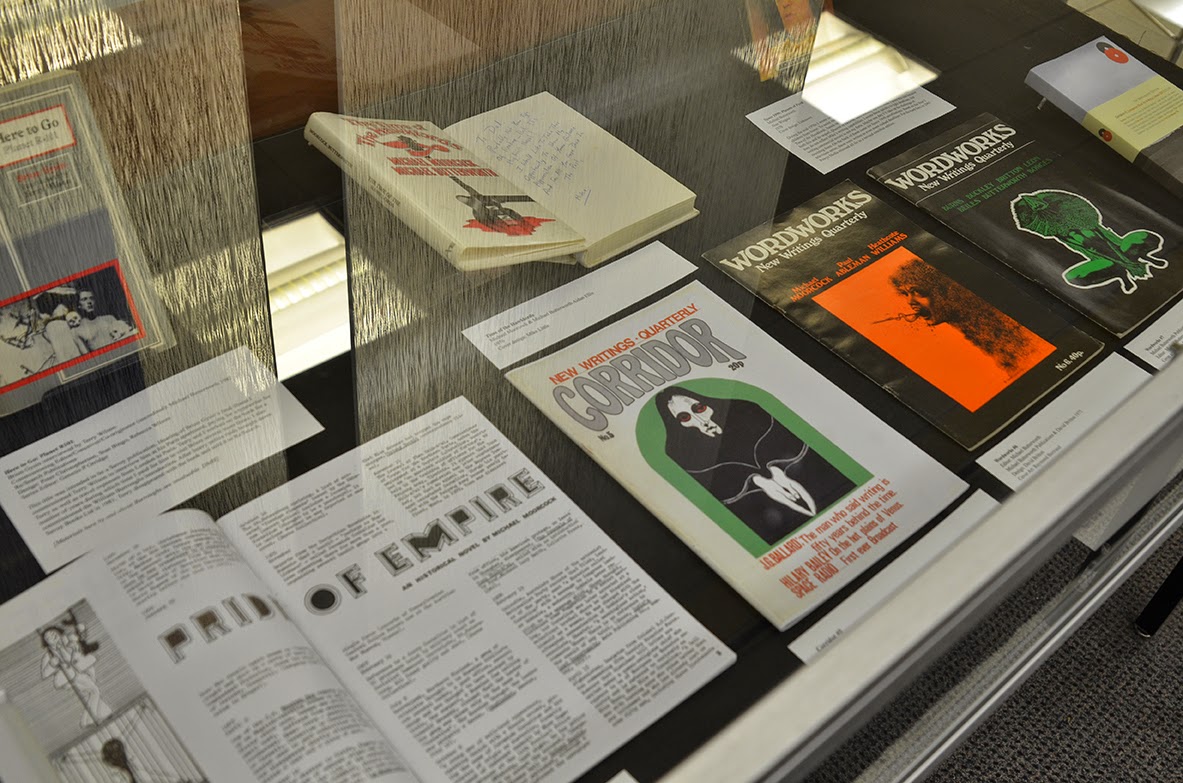 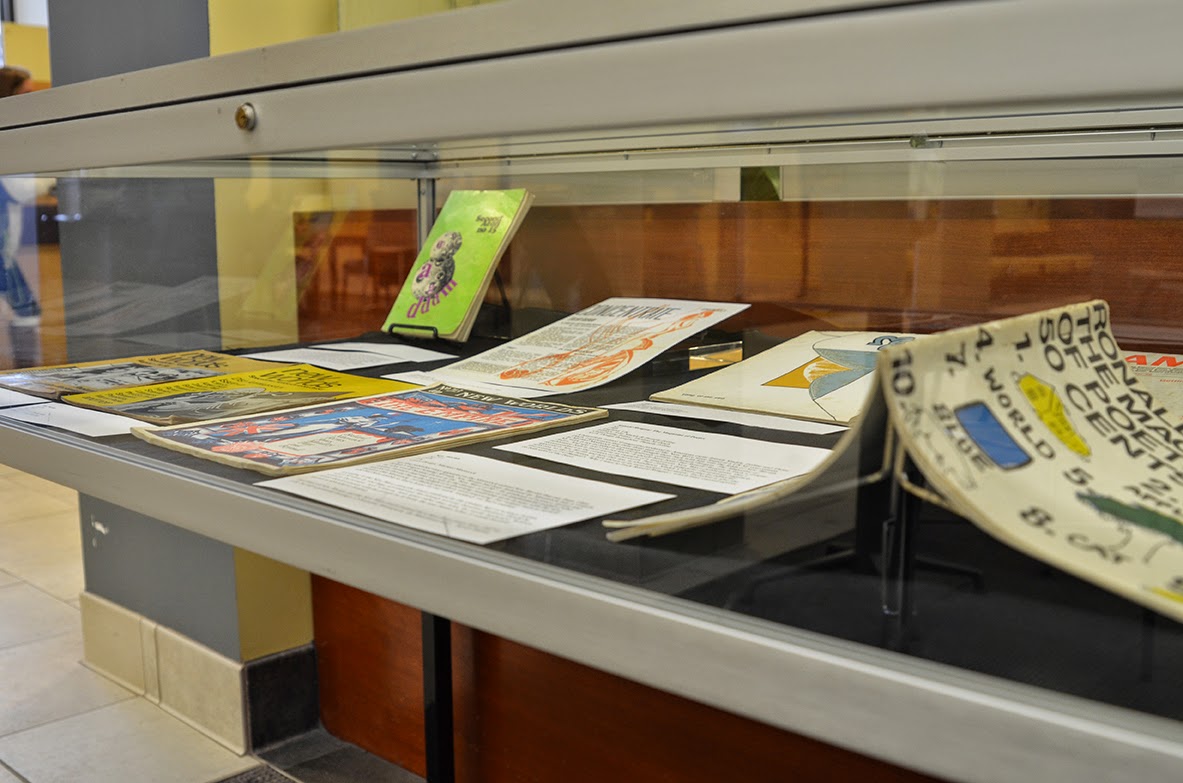 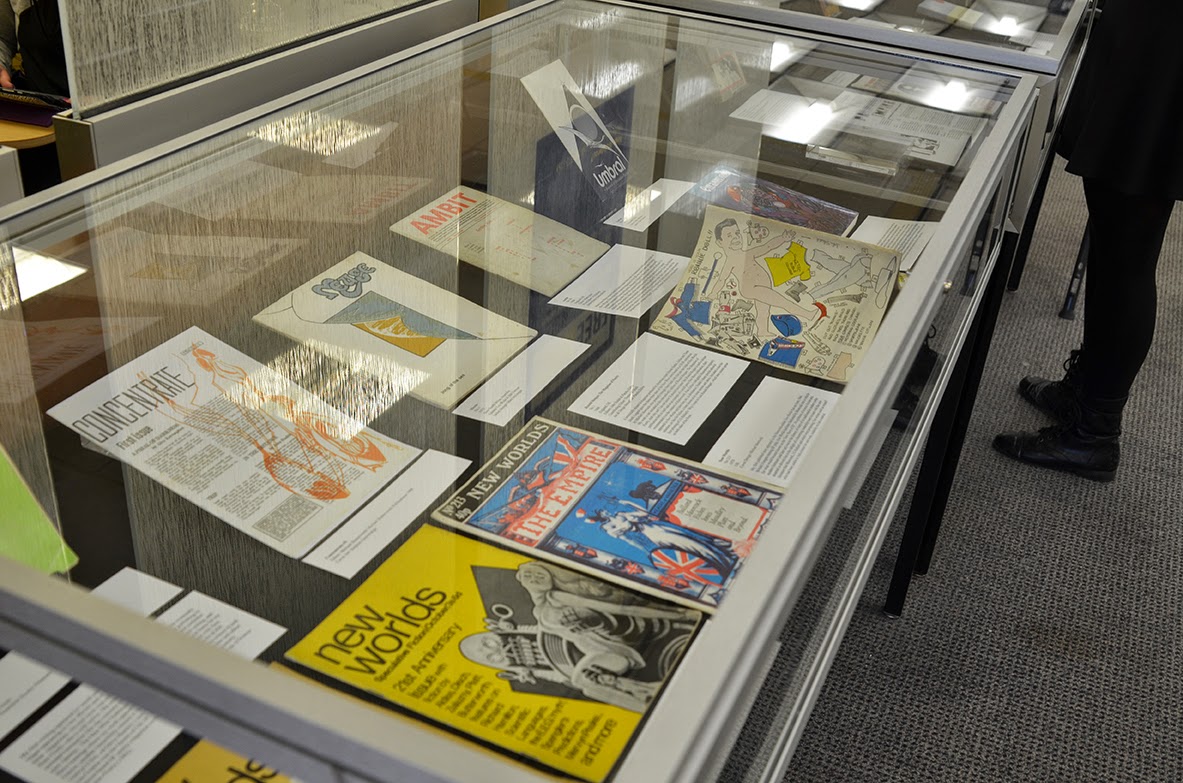 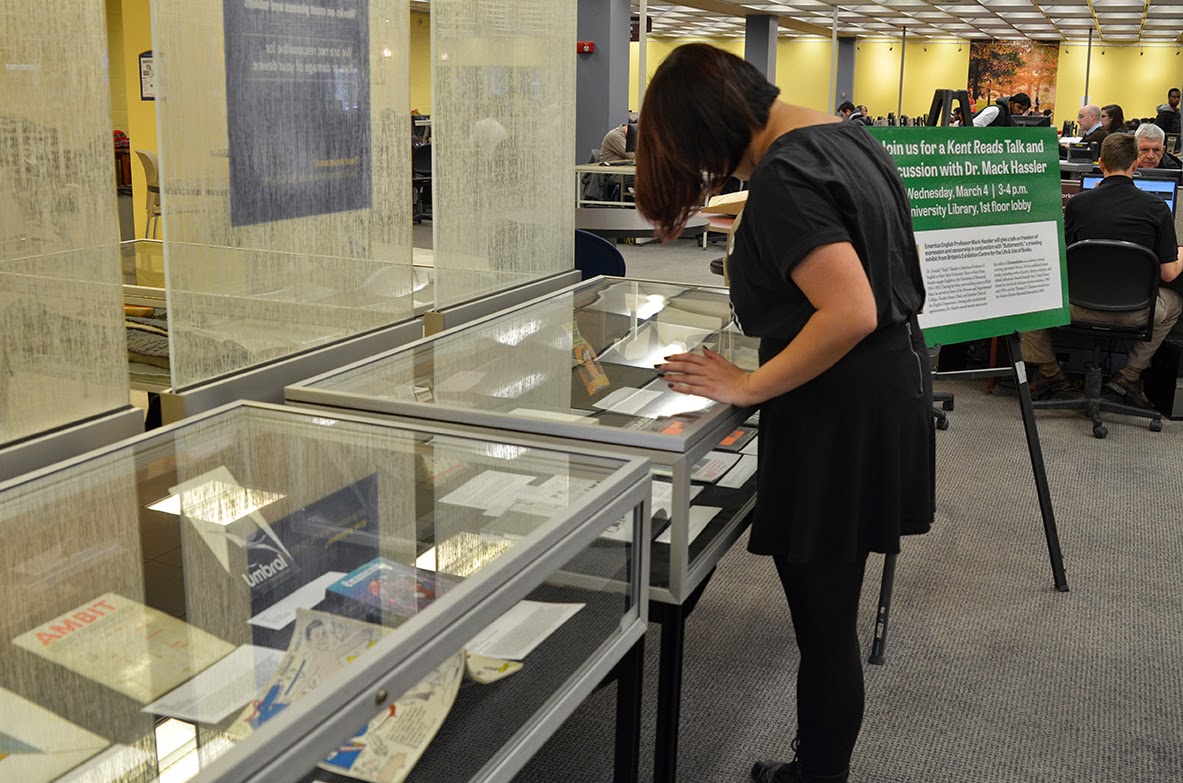 Emanations I is visible in the last two photographs.

From Professor Hassler's introduction to the exhibit:


Please excuse my own voice initially to introduce these materials in the Michael Butterworth/Savoy Press Exhibit. The voice of Butterworth himself is on all the caption cards in the cases. It is a clever and witty voice that I characterize further below. But first, the radical nature of the materials, their European origins, and why we at Kent State should notice.

All American history is partially a product of invasions from Europe. I arrived at Kent to teach in the middle of the sixties, roughly the same moment as the Beatles invasion. I knew a lot about the radical and diabolic Lord Byron, about the French Revolution. But I was not prepared to be told by my friends about the Cleveland poet d.a. levy, who died defiantly in 1968. In fact, the country, the University all matured rapidly in the psychedelic sixties that climaxed for us at May 1970. Now 45 years later, I have completed my tenure of teaching—some radical and some conventional literature. I am fortunate to be able to introduce this bookish exhibit and “invasion” again of European radicalism and shall describe it in much more detail at my March 4 talk here. In the meantime, read carefully the captions by Butterworth in the cases. His voice is the voice of Swift, the voice of the French barricades in radical Paris, and of the diabolical Lord Byron (Lord Horror). He is clever, intense, informal; and this is solid literary history about banned books and about radical publishing. I think all of this helps to appreciate our very American history of radicalism inspired by our European roots—by this mixed and croaking speciation.

As we know, the frog is able to live underwater but is able, also, to sparkle in the sun. We hope for such amphibian complexity in what is exhibited here.