Captain Tomorrow and his Star Rangers vs. the Political Event Horizon 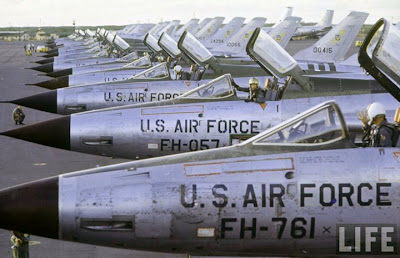 Posted by Carter Kaplan at 7:13 PM

Bare metal Thunderchiefs--this goes way back to the early sixties when SEA was a place McNamara and Johnson could only dream of.

It's easy to imagine the Russians (also known as Soviet, Inc.) looked at such pictures and figured the Americans were serious about containing their empire.

But as history went, SEA turned out to be a way to defeat Captain Tomorrow and his Star Rangers afterall.

And the cult of corporate puppets and professional politicians carried off the universe....